Decades ago, before you and I got here, there lived a young man in his early days, He Entered a very thick Forrest in search of supernatural powers. 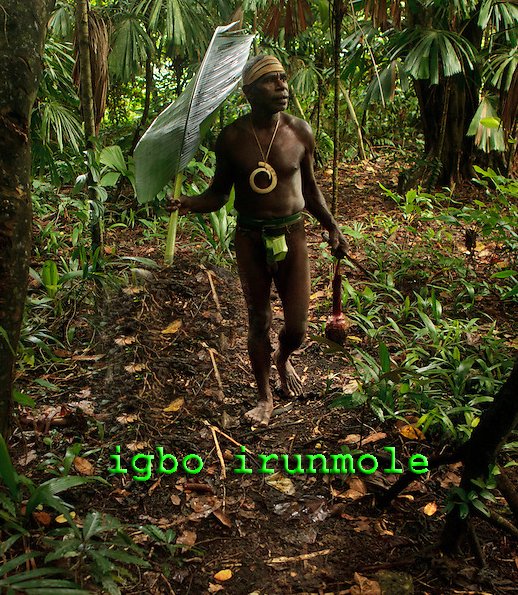 He suddenly heard his name from the deep of the forest, it was an unclear voice , it sounded like that of a bird , he answered, and demanded that whoever it was to reveal its self. 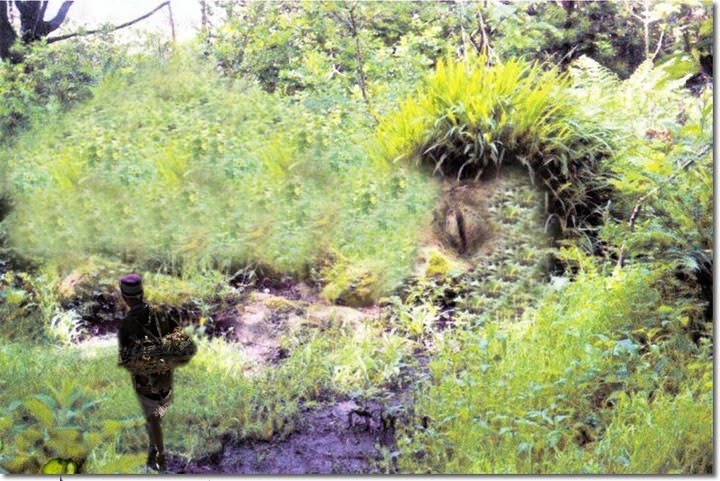 The voice became clearer as Osanyin appeared to him and said "SÀŃGÒ ! SANGO!! SANGO !!! " 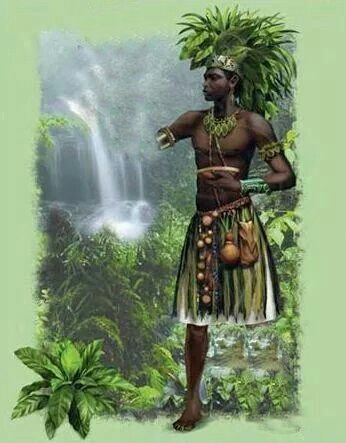 He is known as a powerful wizard and master of all spells and crafts found in the wild and the untamed areas of nature. The properties of herbs and plants are recognised for both their spiritual and physical qualities. It is believed that the force that drives the universe (known as ase) is, in part, located in plants. Those with the knowledge of plant-life and their power can unlock their ase. The rites indigenous to the faith of the Yoruba cannot exist without the plants and herbs provided by Osanyin. It is his magic that is used to conjure the shrines dedicated to the other orishas. Hence, without him, none of the ceremonies can happen.

Osanyin is depicted as a disfigured, impish man, with one eye, one hand, one foot, one tiny ear that can hear a pin drop, and one enormous ear that hears nothing. He stores all his magic in a calabash that is hung high in a tree, out of reach.

When Osanyin becomes Ṣàngó‘s Godfather
One day, Osanyin meets Ṣàngó in the forest. He gives young Ṣàngó a gourd that allows him to breath fire. As soon as Ṣàngó takes the gourd, he realises his destiny as the orisha of fire and lightening. From then Osanyin becomes Ṣàngó‘s godfather and mentor.
Later on, Ṣàngó is passing through a village when he spots townspeople chasing a leper and tossing water on him. When Ṣàngó goes in rescue the leper, he discovers it is Osanyin in another form. Ṣàngó rubs herbs on Osanyin’s body to heal him. Then Osanyin falls at Ṣàngó’s feet in gratitude. When the townspeople wonder about this, since Osanyin is the elder of the two, he tells him, “Yes, I am older in age, but Ṣàngó is older in wisdom.”
Osanyin’s Fable
Osanyin’s knowledge and dominion over plant-life is often told and retold in the sacred texts of the Ifa. Osanyin was a lame orisha, missing a leg and arm, and blind in one eye. But his older brother Orunmila wanted Osanyin to feel worthy, so he arranged to leave Osanyin on the farm early in the morning with the instruction to pull weeds from between the rows of crops. When Orunmila returned in the evening, he found his younger brother in the middle of the field crying, without having pulled a single weed. Upon asking why his brother why he was weeping and why he had not completed his task, Osanyin replied, “You have asked me to pull the weeds, but there is not one weed here.” He pointed to a plant, and said, “You would have me destroy this, but this will cure ailments of the heart.” He then proceeded to point out many other plants, identifying each of their spiritual qualities and medicinal uses. Orunmila was surprised that his brother had such deep knowledge!
The name Òsányìn comes from the Yoruba language meaning: ò (WHO), sán (Heals), yìn (praise) in other words “He who heals is worth the praise”.
All vegetation, all plants, every living thing that is green belongs to Osanyin. He knows all the secrets of the herbs and plants. 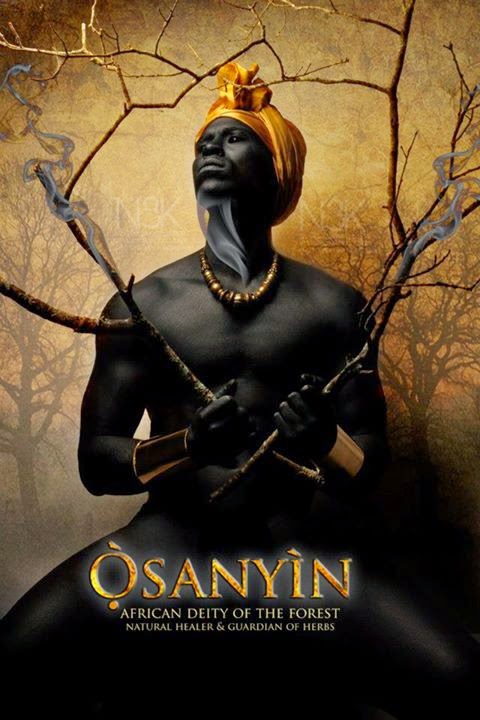 OSANYIN Captured on video talking to an IFA priest:
Am sure most of us have heard sounds like this before, if only we listened deeply.
Now you know the ORISHA OSANYIN (GOD OF HERBS)
Please share this post so that the world can know about our cultures.
REMEMBER TO FOLLOW US @thenaijaweekly

NEXT EPISODE: The Story of IREREE (The Greedy and Arrogant Monk called OPELE IFA)