The Naija Weekly September 12, 2019 Metro,
Baldwin reiterated the commitment of the U.S. Military towards strengthening the existing partnership as well as in ensuring the efficient execution of the contract between the Governments of Nigeria and the USA for the delivery of 12 Super Tucano aircraft to the NAF.

The United States of America (USA) Government on Wednesday reiterated its support to the Nigerian Air Force (NAF) in combating emerging security threats in the country.

A statement by Air Commodore Ibikunle Daramola, NAF Director of Public Relations and Information, said the Adjutant General California National Guard, Maj.-Gen. David Baldwin gave the assurance during a visit to the Chief of the Air Staff (CAS), Air Marshal Sadique Abubakar in Abuja.
Daramola said the visit was undertaken in furtherance of USA-Nigeria Military-to-Military relations and the State of California Partnership Programme with Nigeria, which has been in existence since 2006.


Baldwin reiterated the commitment of the U.S. Military towards strengthening the existing partnership as well as in ensuring the efficient execution of the contract between the Governments of Nigeria and the USA for the delivery of 12 Super Tucano aircraft to the NAF. 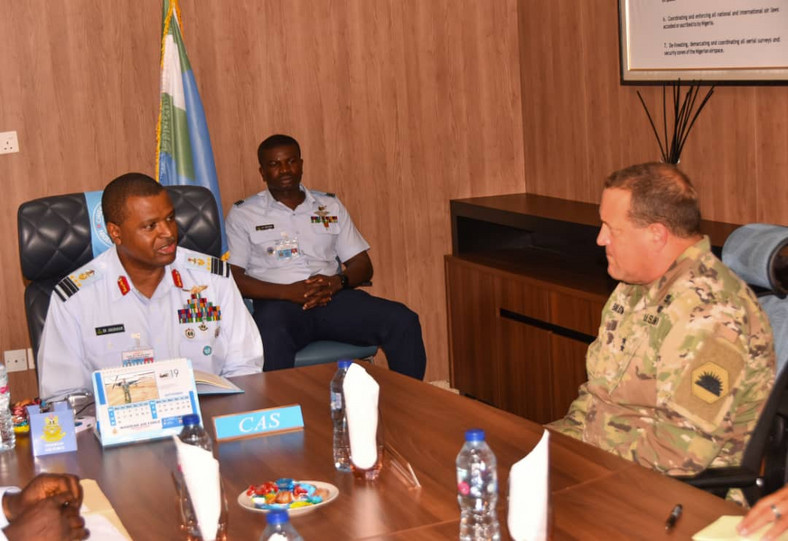 He said the U.S. Military would also collaborate with the NAF in the areas of Air-Ground Integration, intelligence gathering and sharing, pilot training as well as capacity development for cyber warfare, amongst others.
In his response, Abubakar thanked the Adjutant General for the assurances given and the assistance rendered by the US Military to Nigeria over the years.
He noted that the story of the successes recorded in the counter insurgency (COIN) operations in the North East of Nigeria would not be complete without due mention of the support and contributions of the US.
He said that this was crucial because it was in the interest of the International Community to have a secure, stable Nigeria, “given the devastating effects a destabilised Nigeria would have on West Africa and Africa as a whole”. 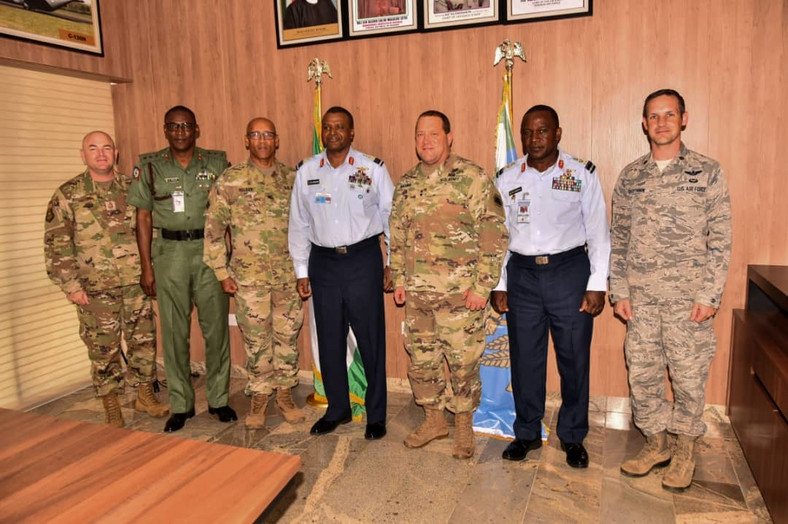 The air chief solicited for the support of the U.S Military to achieve the establishment of an Air-Ground Integration School in Kaduna.
He lauded the magnanimity of the U.S Military towards the training of several NAF pilots, including the first Nigerian female fighter pilot, Flying Officer Kafayat Sanni, who, he said, would be winged in October.
The CAS also solicited assistance for the provision of spares and technical support in maintenance of C-130 Hercules aircraft.
He noted that the NAF had conducted in-country Periodic Depot Maintenance (PDM) on 2 aircraft and would soon commence work on the third one.
Abubakar stated that the U.S could still support with additional capability to enhance the process. 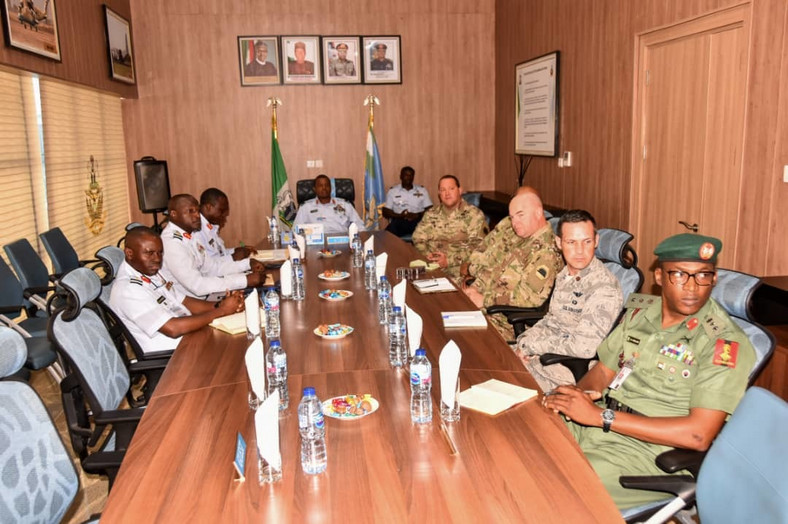 He equally intimated the Adjutant General on the NAF’s preparedness to receive the Super Tucano aircraft.
He disclosed that adequate facilities had been put in place to accommodate, secure and effectively utilise the aircraft.
As partners, Nigeria and the California National Guard have had over 100 Military-to-Military bilateral engagements.
These includes Military Intelligence, Counter-Improvised Explosive Device Training, Combat Medic, Military Aviation as well as Military Law and Disaster Response/Emergency Management. (NAN)
Tags # Metro
Share This