In continuation of the ongoing intensive clearance operations against armed bandits in Zamfara State, the Nigerian Army has disclosed that troops have neutralised 59 bandits in different locations in the State.
This is even as the troops lost four service men while stockpiles of arms, ammunition, motorcycles, food and non-food items were recovered during the operations.
Acting Force Information Officer, Captain Ayobami Oni-Orisan in a statement issued on Saturday said, troops of Operation HADARIN DAJI (OPHD) have continued to record tremendous successes against the criminal elements and unrepentant bandits. 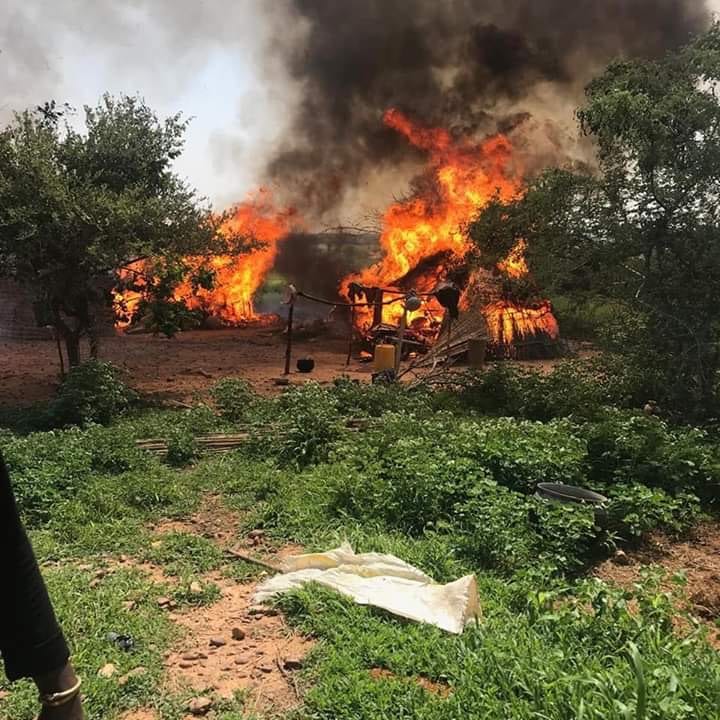 Part of the statement reads, “Recall that on 3rd of October 2019, troops deployed at SUNKE in ANKA Local Government Area, came under unprovoked attack by armed bandits despite the ongoing peace process in the State.
“However, the gallant troops successfully repelled the attack, neutralized 19 bandits in the process. Unfortunately, 4 soldiers lost their lives during the encounter.
“As a result of the encounter, troops further commenced aggressive clearance operations nicknamed OP MUSHARE on the 6th of October 2019, with a view to apprehending the recalcitrant bandits. Consequently, between 6th and 7th of October 2019, within BAWA DAJI general area, 3 heavily fortified camps at GUBARAWA, BAWA DAJI and BAWA DAJI forest were destroyed when the troops overpowered the bandits, overrun the 3 camps and neutralized 39 bandits, (including the notorious bandits’ leader known as “Emir”) and many bandits were obviously wounded. 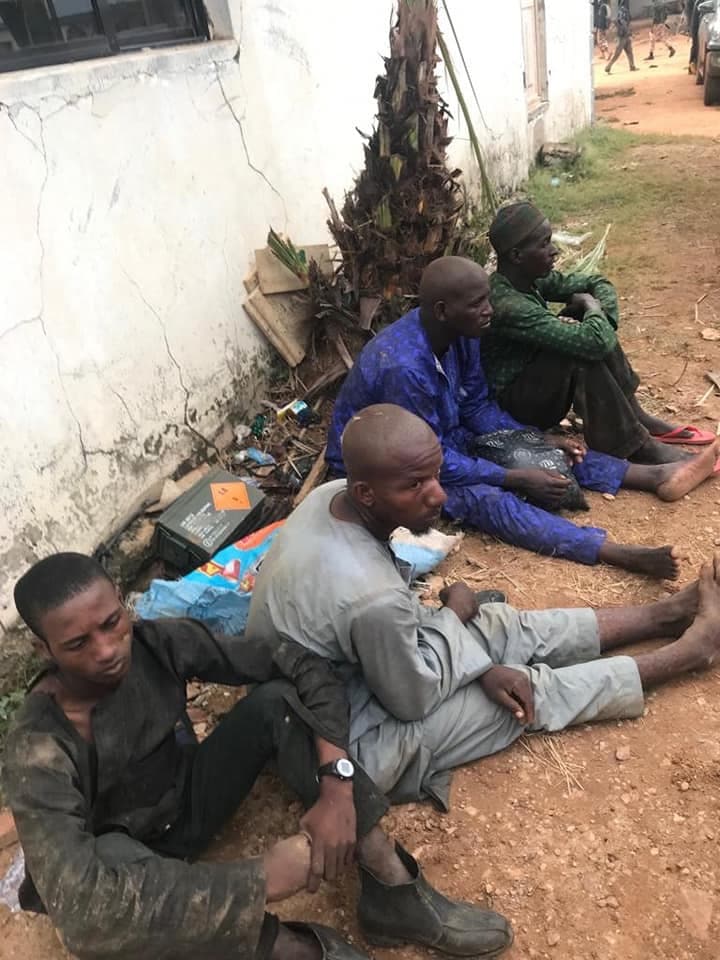 “The following items were recovered from the bandits/camps:
3 AK 47 rifles, 421 rounds of 7.62mm (special) ammunition, 30 PKT rifle rounds, 10 magazines, 5 motorcycles, 177 cows, 7 handsets, 2 handset batteries, substance suspected to be Cannabis Sativa and charms.
“Four soldiers were wounded during the operation.
Similarly, Captain Oni-Orisan noted that in continuation of the offensive against the bandits, clearance operations were also extended to the general area of Kuruwa, Kawara Kalahe and Zango villages in Bakura Local Government Area where troops encountered a large number of marauders at their camp in Zango village. 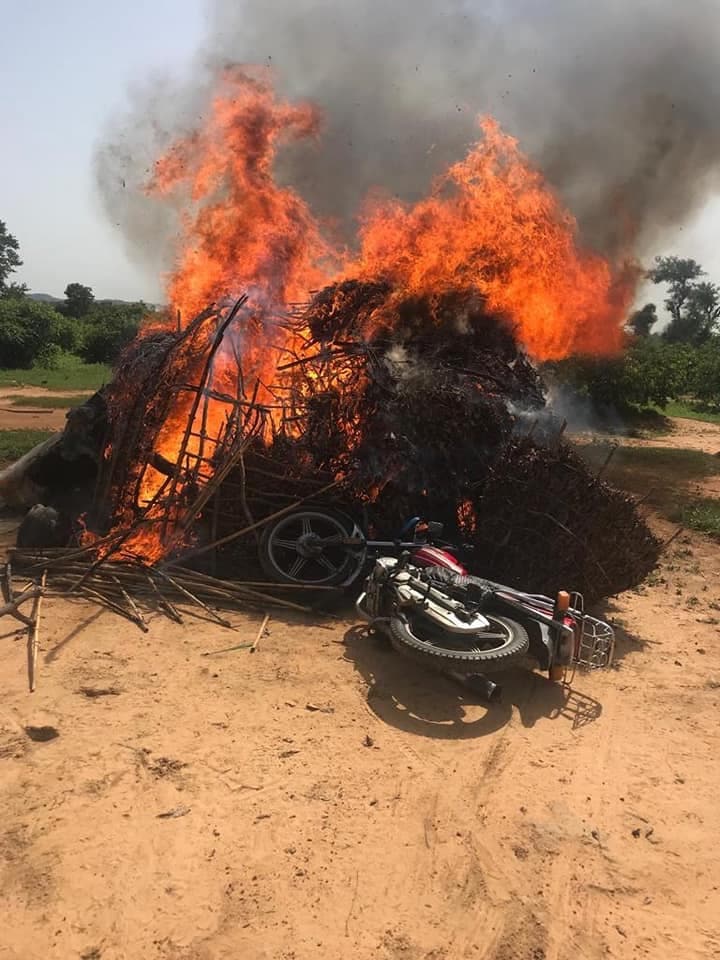 “Furthermore, on the 9th of October 2019, troops deployed in ANKA general area, based on intelligence intercepted and arrested suspected bandits’ logistics suppliers named LAWALI UMAR AND JAMILU LIMAN around KUTURU village in ANKA Local Government Area of the State purchasing some logistics items for onward movement to the bandits’ camps. Consequently, the troops recovered the under listed items: 4 jerry cans of Premium Motor Spirit (PMS), 1 carton of malt, 3 packets of soft drinks and 1packet of Nutri-milk”, he stated.
In a related development, Captain Oni-Orisan said in the statement that based on intelligence indicating that armed bandits were seen crossing with some rustled cows at Daki Takwas in Anka Local Government Area, OPHD troops deployed in the general area immediately ambushed the criminals along Anka -Daki Takwas road. 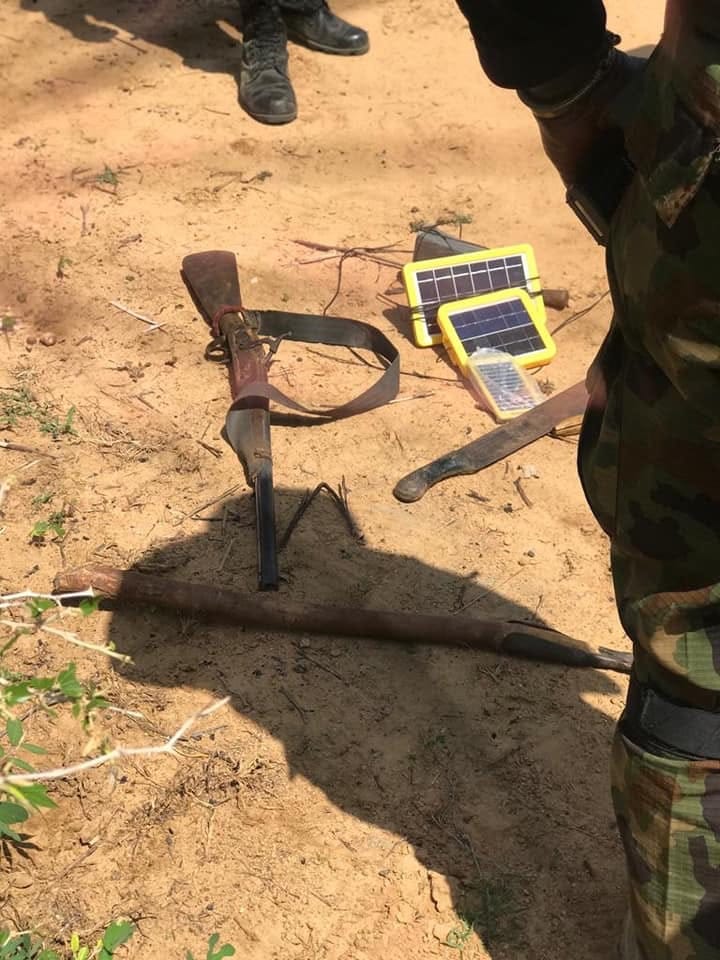 “The criminals fled and abandoned the rustled cows in the area. Troops pursued the fleeing criminals and successfully neutralized 20 of them and recovered the following items: 2 motorcycles, 6 magazines, 160 rounds of 7.62mm (NATO) ammunition and many links, 60 rounds of 7.62mm special ammunition as well as 296 cows.
“Presently, troops have dominated the general area with aggressive patrols, snap checkpoints and ambushes amongst other line of operations to deny the criminals freedom of action.
“This onslaught against armed banditry and all other criminal activities will continue until banditry is effectively combated. Troops will continue to remain highly committed and professional in carrying out assigned tasks in line with the extant Rules of Engagement and Code of Conduct”, he assured.
Accordingly, he noted that the Force Commander OPHD and Acting General Officer Commanding 8 Division, Nigerian Army, Brigadier-General Aminu Bande commended the troops for their commitment and reassured the good people of Zamfara and other neighboring states of the determination of the Army and other security agencies to secure lives and property. 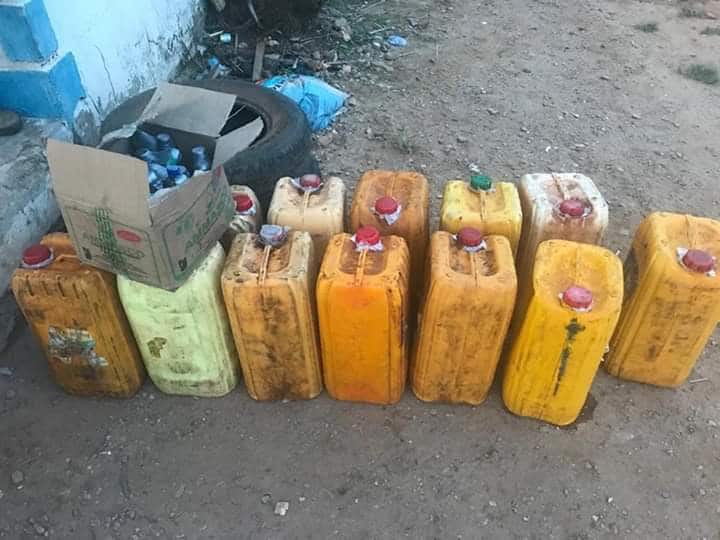 He further solicited the support of the public in the ongoing campaign against armed bandits by providing timely and credible information to OPHD troops and other security agencies to ensure prompt and decisive action.
Brigadier General Bande also used the opportunity to warn all recalcitrant bandits and their cohorts to lay down their arms and embrace the ongoing peace process of the Zamfara State Government or face full military action.