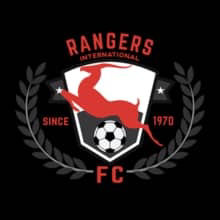 One of Nigeria's representatives in the CAF Confederation Cup competition, Rangers International FC of Enugu, narrowly lost 2-1 to ASC Kara of Togo in the first leg Playoff round played at the Stade de Kégué in Lome on Sunday.

The home team opened scoring in the 29th minutes through Mani Sapol. However, Rangers reacted almost immediately after a penalty was awarded following an infringement on Nnamdi Egbujuo.

The resultant spot kick saw Ifeanyi George scoring the equaliser on 32 minutes to end the first stanza on one goal apiece.

The second half witnessed exciting moments with no goals to show for it.

But, the hosts piled pressure on the Nigerians with their efforts paying off in the 91st minutes when Nane Pakidami scored the winner to escape a draw.

The second leg of the playoff round will hold on November 3, 2019, at the Nnamdi Azikiwe Stadium.

Meanwhile, Enugu state Commissioner for Youth and Sports, Hon. Vitus Okechi, has expressed delight with the determination displayed by Rangers players in the match.

Speaking to Sports Yarn Class  (SYC) from Lome, Togo, after the match, Okechi hinted that adequate preparations will be put in place to ensure Rangers win the second leg  to qualify for the money-spinning stage.

"I'm elated with the determination and commitment displayed by Rangers players in the match". "It's heart warming to watch these players do us proud despite the narrow loss". "On our part as a government, we shall do our best to give the team the neccessary attention they deserve to deliver".

Okechi, called on Enugu citizens and fans of the club to pull their weight and resources behind the team to make sure they pick the group stage ticket.

"I want to use this opportunity to call on my Enugu brothers and sisters to come out enmass to support the team in its quest to qualify for the group stage". "This is a task we look forward to achieving and by the grace of God, that dream will be actualized in order to stamp our authority and restore our pride and superiority on the African continent", Okechi stated.

This trip to Togo was the first major outing for the commissioner in any of Rangers' engagements since he was  appointed by Enugu Governor, Ifeanyi Ugwuanyi, earlier this month.
Tags # Sports
Share This

Sports
Posted by: CONKinghoodboi at October 27, 2019