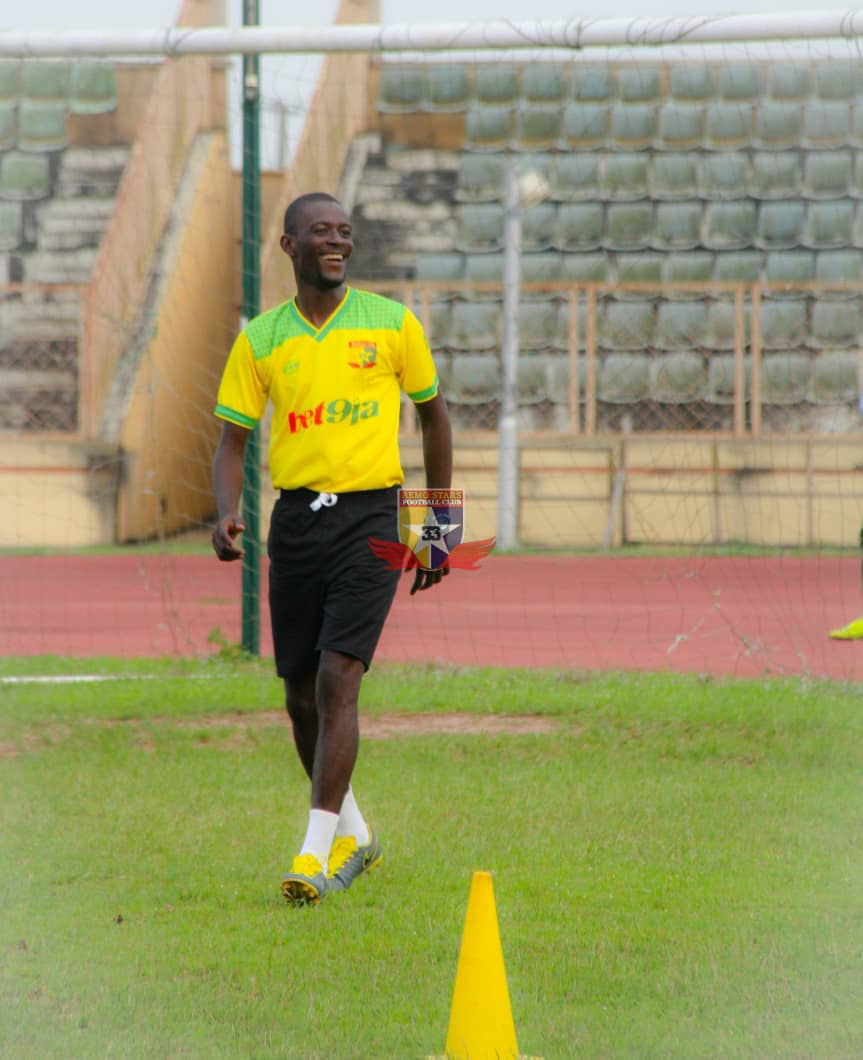 The New Coach of Remo Stars Football Club (RSFC) Under-17 side, Olumide Ajibolade has said he feels honoured to be in charge of the Sky Blue Stars Youth Team.

Olumide Ajibolade was appointed to continue the club's legacy to develop future stars and prepare them for challenges ahead.

Speaking with RSFC Media, the new coach says he had played against Remo Stars FC in Ijebu Ode back in 2018 and also watched them play while he was still the coach of Clique Sports Club.

"I feel honoured to be the new Head Coach for the U17s, it is a club I have admired from afar so it is a big privilege to be part of the club."

"In all honesty, I haven't heard much about the guys but I have seen and watch them play while I was at clique sports academy. We played against Remo Stars in Ijebu Ode back in 2018, I watched the team play. I have found myself to be a very detailed coach, I saw they were organised unlike most teams we played across the country."

"The first impression I had was they (Remo) were an organised unit, so getting to work with these set of players now is more exciting."

"For me I have to understand that the model of the club is to be self sustaining in the future and the assets of the club are the players so my priority is to develop the individual to become exceptional so that they can become valuable to the club."

"It's ideally really not about winning matches but making sure that the players can stand on their own to be the best around the world and those are part of the things I want to add to the club."

"We don't have an objective to win but of course we don't want to relegate but the objective is to compete at the highest level."

"Personally, traveling is not an achievement, it's about what they do when they go to Europe, I have been to a lot of countries in Europe and in this summer I was in Portugal, I saw a lot of players (Nigeria Descent) roaming the streets club less because maybe we (Nigerians) are in a hurry to export the players and are not ready or equipped to deal with the expectations in Europe."

"The reason I travel to Europe a lot is to market, you have to study the market to determine how to market your product (players) when it is ready so I have to ensure that players from the youth system get to play in the first team of the club, go to Europe and make a mark in the Champions League in Europe, represent the country and also the National team and that's when I can say we are successful."

"One thing that is constant in coaching is that you get to meet new players all the time and it's always exciting to meet new players. Personally, it is an opportunity to start a new project because every new player is a new project. Now that we are starting, I am a new coach and they are new players so it is a perfect opportunity to rewrite the direction of our careers because the coaches are also made by the players, these players are going to bring in different personalities, different level of demands from me, they are going to push me and I am going to push them."

"We are both going to develop ultimately to the benefits of the club, how soon I don't know because they learn at different paces, how soon they will develop is dependent on their career but of course we are going to use every resource available to us to world class standards to bring the best out of them as quickly as possible."

"I am going to tell every prospective player out there that is looking forward to becoming a top player in the world that this is the best place to be, it's the best place if you want to become top because we are setting a new standard in player development."

"We are setting a new standard for talent identification and talent development so we are preparing to showcase to the Country, to Africa and the rest of the world that football development can be done in a different way here in Nigeria.

We have invested in a lot of equipments, 4k video cameras, a drone, Mannequins, and construction of our own state of the art 4G pitches and a lot of other stuffs

"We have also planned a lot of local and international tournaments to help and develop these players, so we are excited to be in this moment and any player that has the opportunity to be part of us would enjoy the moment that they will spend with us, so I look forward to whoever it is that makes the court but we will be fair in our assessments and we will give everybody the best chance to succeed."

Sports
Posted by: CONKinghoodboi at October 29, 2019