Azeez Adejumo October 09, 2019 Sports,
Massimiliano Allegri has informed Manchester United he will only take over the club if he is given the job in the next few weeks.
The former Juventus boss is currently out of work since leaving Turin at the end of last season and is widely tipped to become United's next manager.
Ole Gunnar Solskjaer is currently under intense pressure following an awful start to the season and could be axed should United lose heavily against Liverpool a week on Sunday. 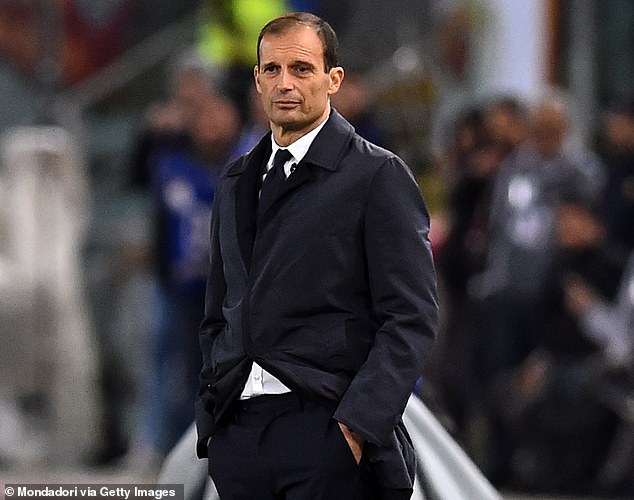 United executive vice-chairman Ed Woodward only handed Solskjaer a three-year deal just over six months ago but is beginning to lose patience with the team's woeful performances on the pitch.
They have won just two of their league games and sit in 12th position, two points above the relegation places heading into the second international break of the season.
They needed penalties to see off Rochdale in the League Cup and were held to a 0-0 draw at AZ Alkmaar in the Europa League last week before going down at Newcastle at the weekend.
Allegri is understood to be high on Woodward's list of potential replacements but United may have to act quickly if they want him to take over.

According Gazetta Dello Sport, Allegri is interested in the position but has set a deadline on accepting the job as he wants to have as much time as possible to turn things around at the club.
It is reported that he would be unlikely to take the job if he was offered it in December, meaning any approach would have to made in the coming weeks.
Sportsmail understands that United have also earmarked Julian Nagelsmann as a future Old Trafford manager.
They have been impressed by the highly-rated 32-year-old's work at Hoffenheim and now RB Leipzig over the past few years but currently have him down as one to watch further down the line.