VIRAL VIDEO: Cunning Horse That Plays Dead Every Time Someone Tries To Ride Him - The Naija Weekly

Home GIST/VIRAL VIRAL VIDEO: Cunning Horse That Plays Dead Every Time Someone Tries To Ride Him

VIRAL VIDEO: Cunning Horse That Plays Dead Every Time Someone Tries To Ride Him

A cunning horse has been filmed playing dead every time someone tries to ride him.

The horse, named Jingang, pretends to give up the ghost and drops to the floor pretending to be dead whenever someone tries to mount him. He even tries to make his fake death believable by loosening his tongue and putting his hooves in weird positions to make it look like he can go on no longer. 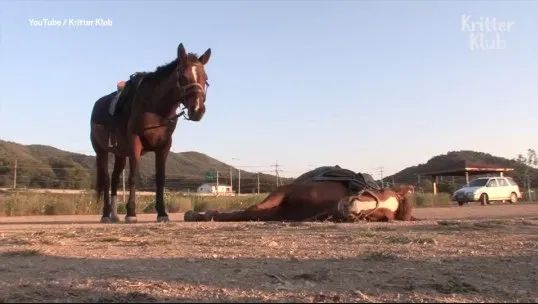 His owners say it happens whenever people get onto the saddle.

A man at the ranch who is trying to teach Jingang how to take people for rides around the Korean countryside said that it was “cute but naughty.” 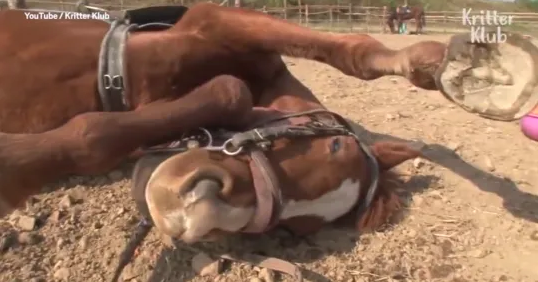 He stays on the ground for a few seconds but the moment anyone starts approaching to get on him, he drops back to the floor.

One person who viewed the video shared on YouTube by Kritters Klub said: “He’s not lazy, he’s smart. Why carry such a heavy load when you can get away with it.” 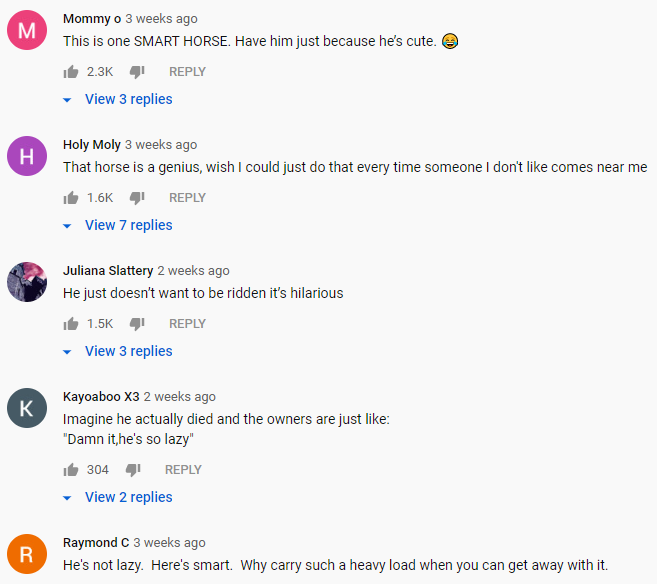