Governor Dapo Abiodun, has disclosed that two new COVID-19 cases have been confirmed in Ogun State.

Abiodun, in a statement on Sunday, said the Nigeria Centre for Disease Control (NCDC) confirmed the new cases on Saturday.

The Naija Weekly reports that this brings to total, 12 confirmed cases in the State.

According to the Governor, six of the new cases have been discharged, adding that there are currently six active cases which have been placed under close monitoring in one of the isolation centres in Ogun.

It was gathered that the two new confirmed cases are contacts of another patient with international travel history.

“We have begun contact tracing for both cases. Some close contacts have already been immediately identified and placed under close observation,” Abiodun said. 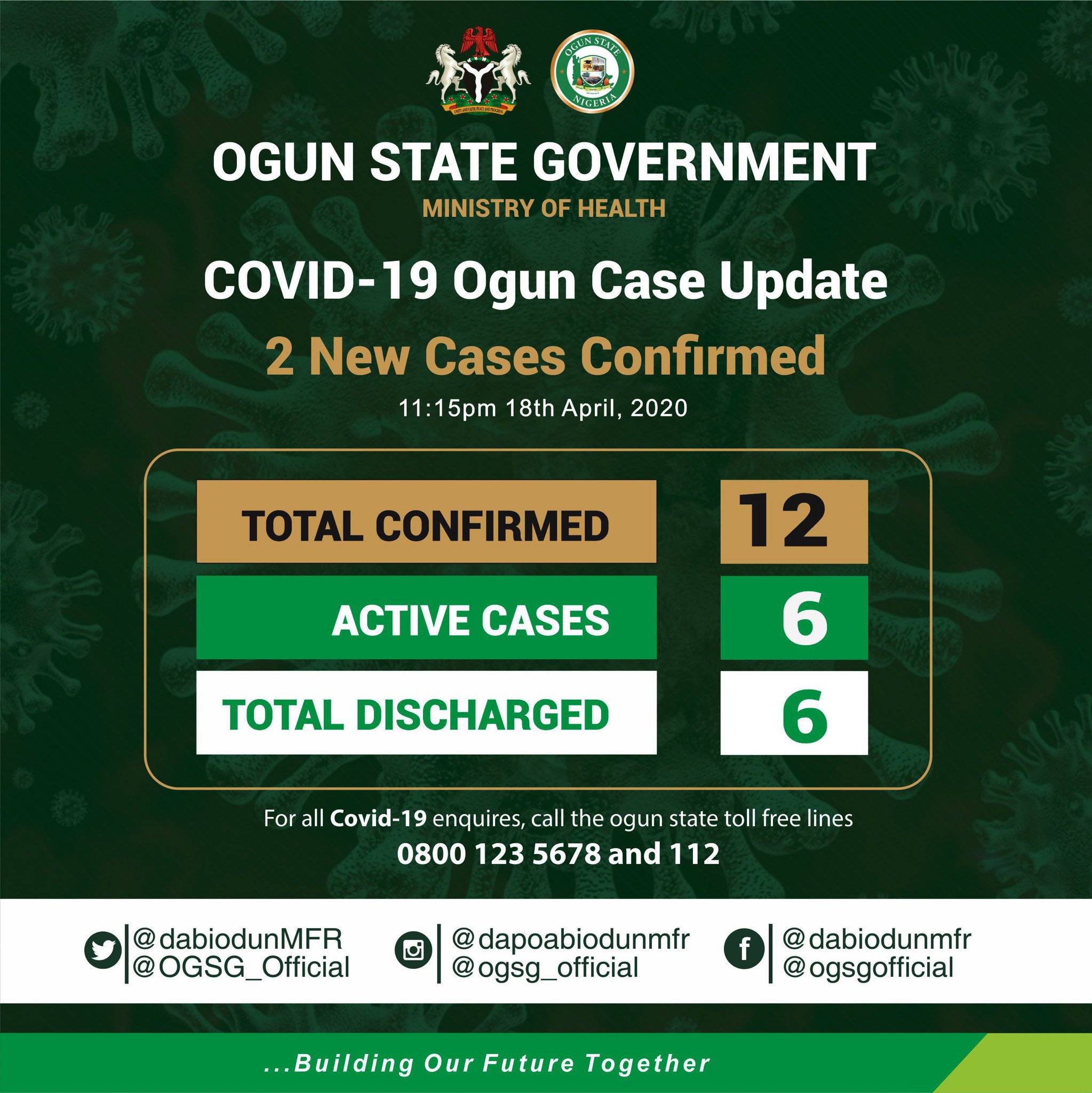