Lamidi Adeyemi, alaafin of Oyo, says traditional medicine can cure all kinds of diseases and infections.
COVID-19 is one of the global health infections leaving a trail of destruction as it spreads throughout the world.
In Nigeria, with 2,950 cases, the virus has been confirmed in 34 states and the federal capital territory with 98 deaths already recorded.
Speaking at the presentation of a book on Ayinla Wahidi, better known as Ayinla Omowura, late singer of Apala, a Yoruba music genre, at his Oyo palace on Tuesday, the monarch said traditional medicine has more potency when compared to modern scientific drugs.
He said it is time Africans returned to “the roots” to discover indigenous solutions to the continent’s health challenges.
Adeyemi said in the past, Yoruba traditional medicine was known for treating all manner of diseases, ranging from smallpox, diabetes, hay fever, among others.
He said such powers still exist in contemporary times.
“There were no sicknesses or diseases under the surface of the earth that our forefathers were not capable of healing. I know that those powers are still potent and are present in us today,” he said.
Alaafin said a late native herbalist in Oyo specialised in conjuring out snake poisons from the bodies of victims. 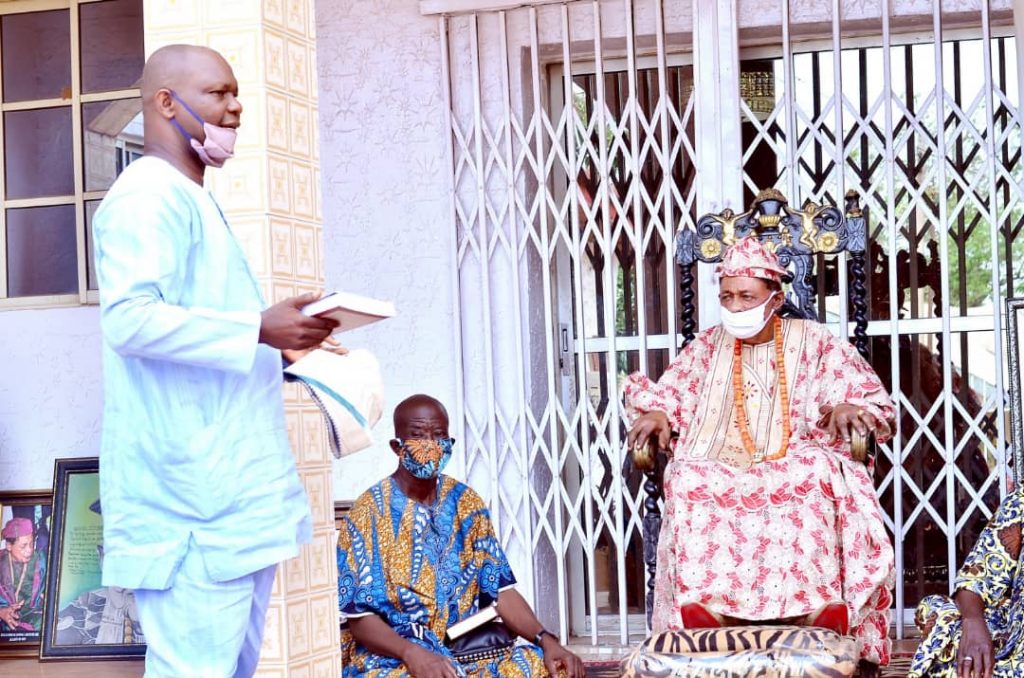 “The man would call out the poison in the snake and conjure the snake responsible for the sting wherever it was. The snake would be made to swallow its own venom,” he added.
He, however, said that the traditional medicine practitioners were circumspect about displaying their abilities so as not to run foul of governmental laws and bureaucratic bottlenecks involved in proclaiming cure for ailments in the world today.
Oba Adeyemi, who told the few people gathered in the palace that he read the 537-page book in barely three days, commended the author for dwelling on a subject that many writers thought was a barren land.
He said by writing the book, Festus Adedayo had brought to the fore the need for writers to document the strides of icons of Yorubaland for posterity.
Earlier, while presenting the book to the alaafin, Adedayo told the monarch that he wrote the book as a contribution to the huge literature on Yoruba history and culture.
Adedayo also said the book was written to send a message to people at various cadres of life of the need to be mindful of their actions and inactions, saying that Omowura would probably have lived longer if he took into consideration his societal position before engaging in a barroom fight that led to his untimely death.
He also told the audience which comprised mainly of alaafin and palace aides that COVID-19 prevented him from having a formal launch of the book but that as a mark of respect for the duo of the alake of Egbaland, king of Ayinla Omowura’s hometown of Abeokuta and the alaafin, who he said was a custodian of Yoruba culture, he had to present the book to them but maintained that the lockdown in Ogun state prevented him from reaching the alake.
The alaafin has joined Adeyeye Ogunwusi, ooni of Ife, who had called for the use of traditional medicine in discovering a cure for COVID-19.
In a video shared on his social media page, Ogunwusi had detailed how several natural herbs like onions, African pepper and neem tree among others can be used to treat COVID-19.
This is despite warning of the World Health Organisation (WHO) for people to steer clear of unscientific claims suggesting cure for COVID-19.