Ikenga Imo Ugochinyere, the Spokesman for the Coalition of United Political Parties, CUPP, has been arrested by the Nigeria Police Force.

Ugochinyere was arrested yesterday at his residence in Abuja in connection with the allegation of bribery made against the House of Representatives and the Speaker, Femi Gbajabiamila.

This was contained in a statement made available to DAILY POST by his team of lawyers on Thursday, who claimed that the CUPP Spokesman was manhandled while being arrested.

The arrest happened despite a Federal High Court in Abuja, on June 4, restricting the police and the Department of State Services, DSS, from arresting the opposition party’s Spokesman.

Recall that Ugochinyere had accused the House of Representatives of bribery over the infectious disease bill.

The lawmakers in a resolution, directed that Ugochinyere be arrested and questioned by the security agencies.

However, in a suit with number FHC/ABJ/CS/475/2020, the Court had earlier granted the prayer by the opposition Spokesman that the Green chamber be barred from proceeding with its plan to hold a hearing on the allegation.

In his ruling, Justice Othman Musa, in the suit number FCT/HC/BW/CV/120/2020, ordered the security agencies not to give any effect to the resolution of the House for disobeying previous orders granted by the court. 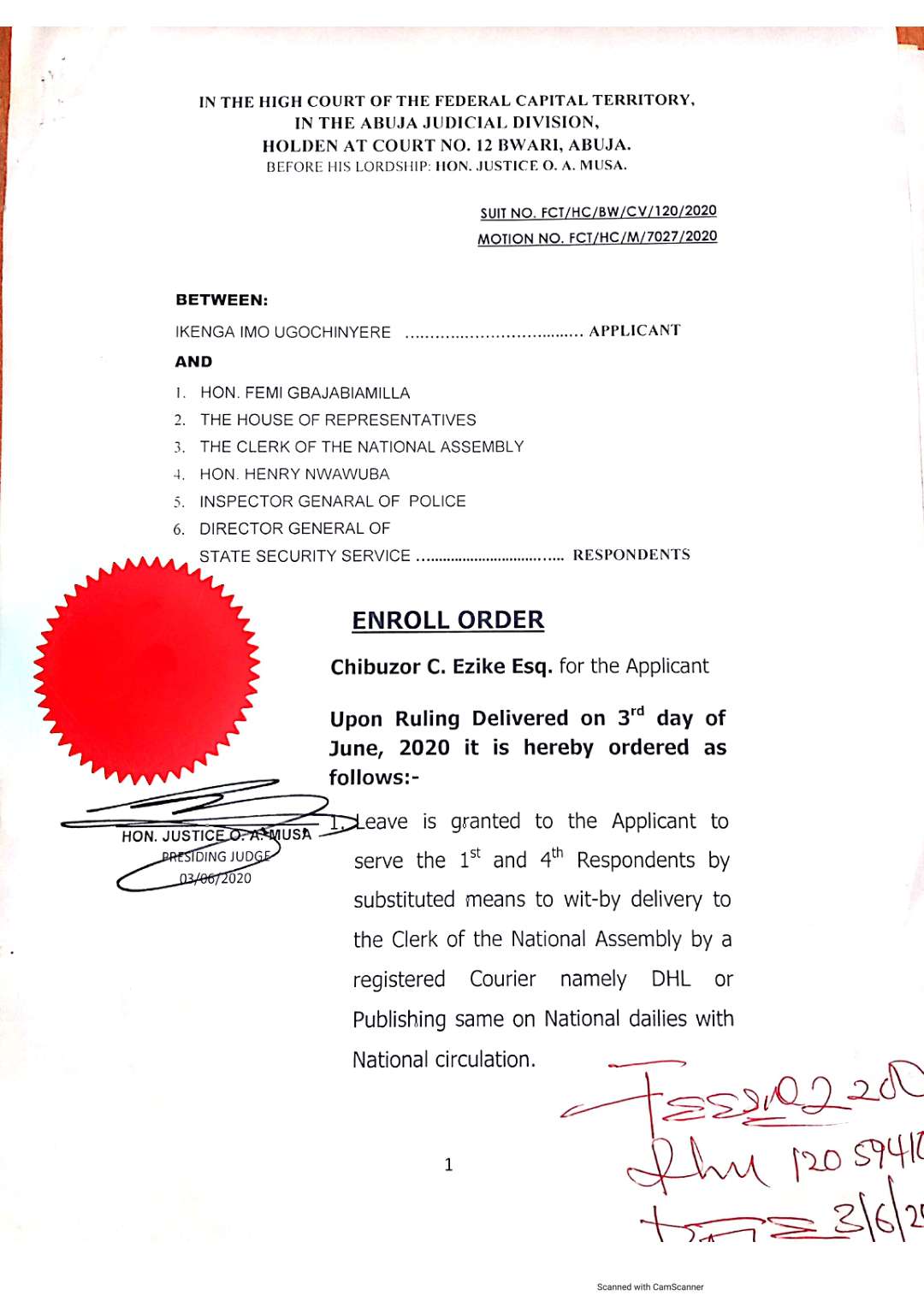 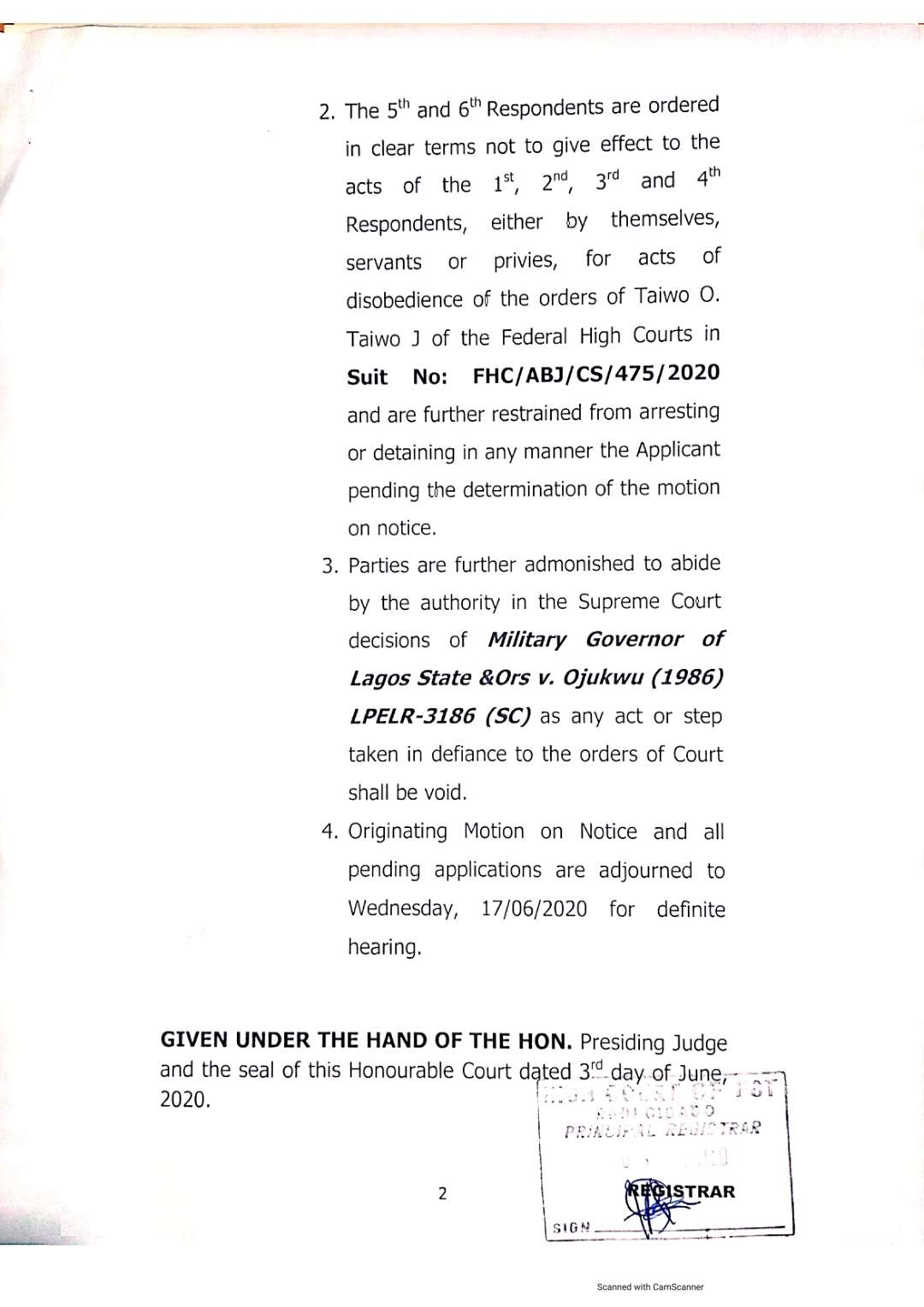 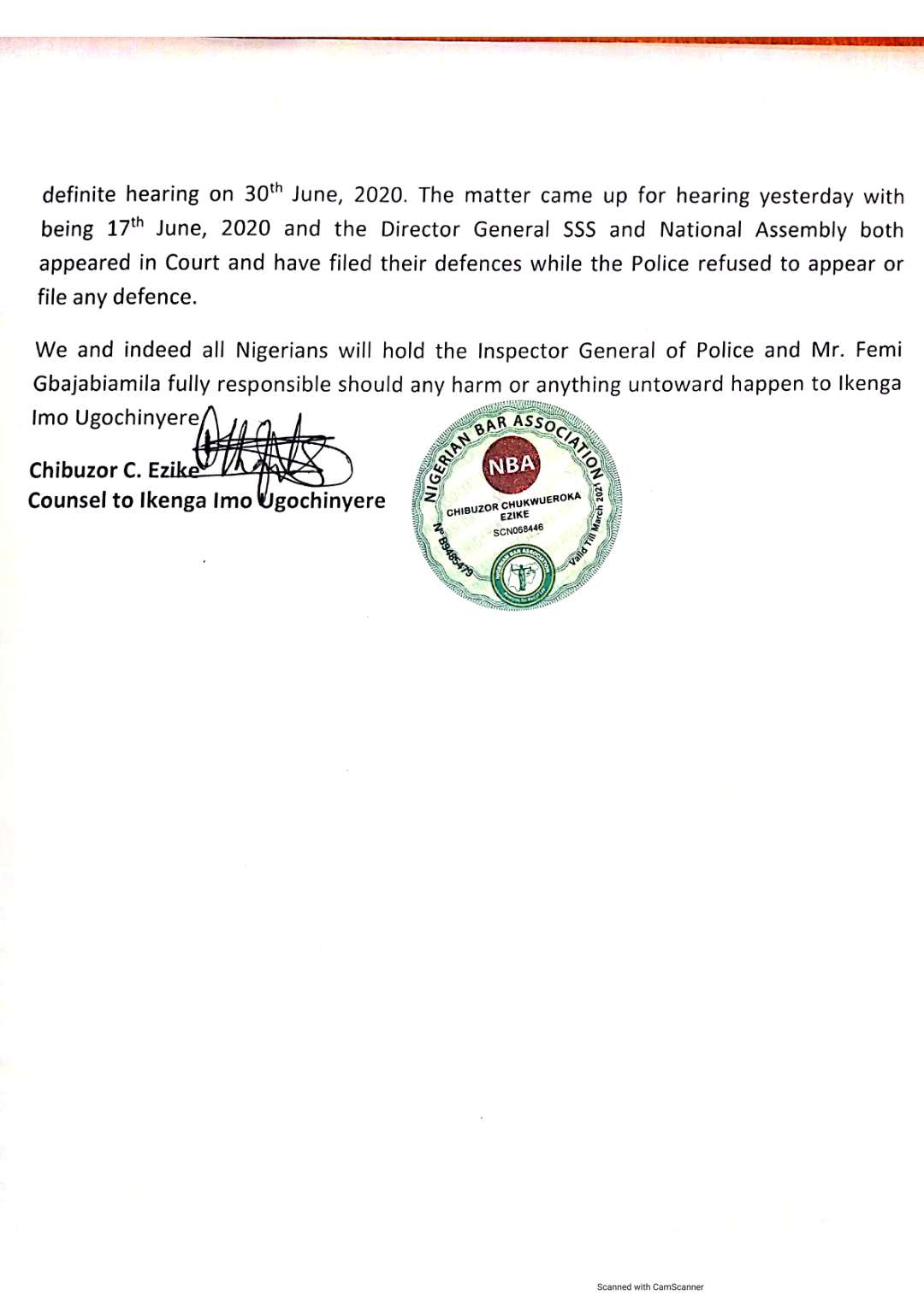 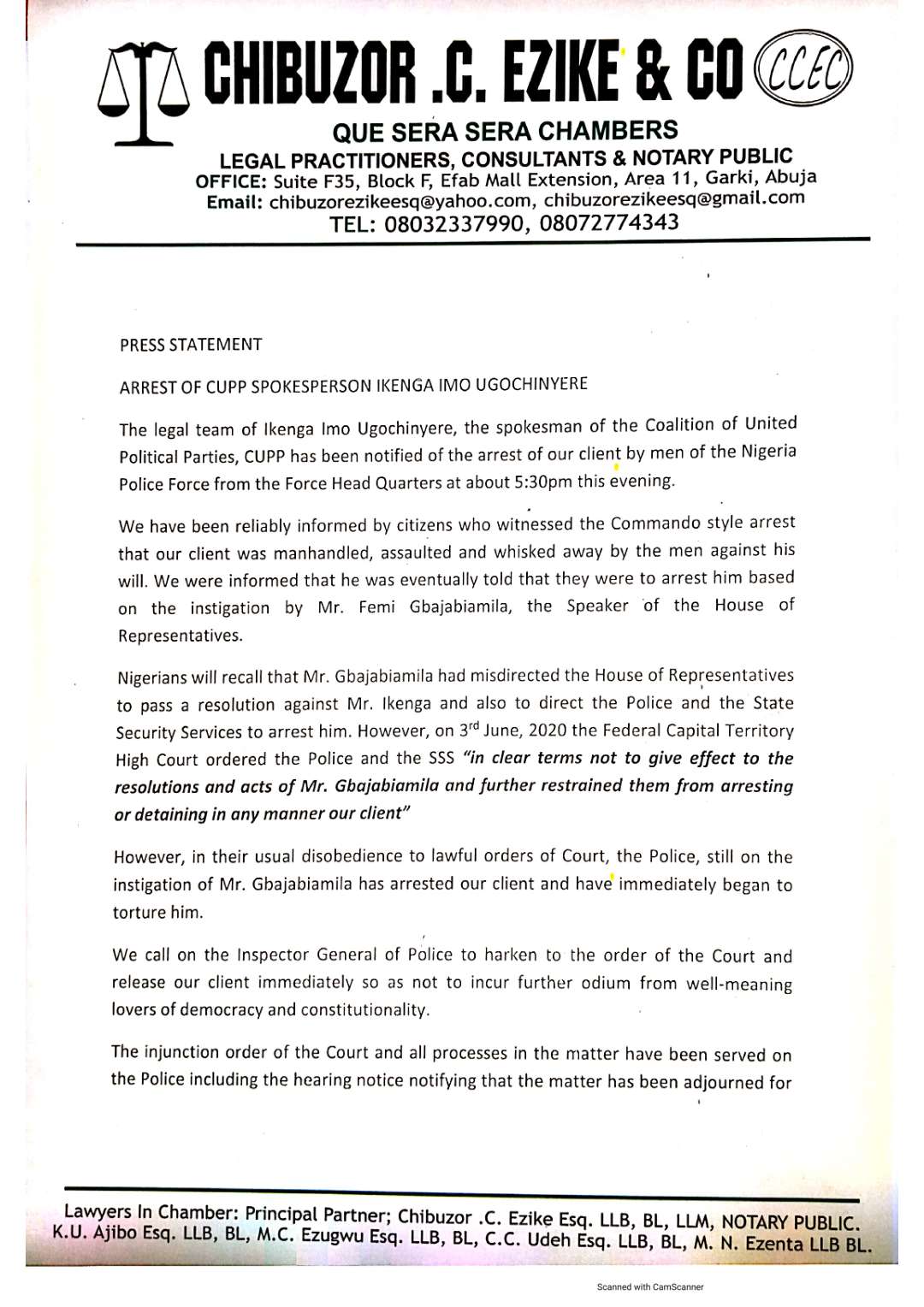