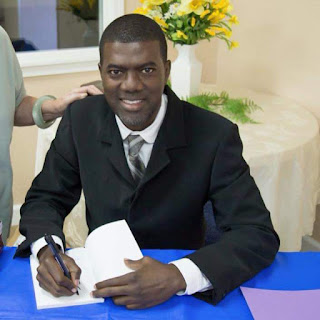 As long as there is impunity in Nigeria, abductions, kidnappings and pillaging by killer herdsmen and bandits (who also tend to be herdsmen, who find crime more profitable) will continue.

What I am about to say is going to be controversial, even though it is true. However, it makes more sense to grant amnesty to Boko Haram than to killer herdsmen and bandits.

Boko Haram did not start out as a radical Islamic terror group. No. They were seekers of knowledge. What is known as talib in Islam. They lived in communes and desired a return to a purist Islamic state, governed by undiluted Islam.

Their leader was a brilliant scholar named Mohammed Yusuf, who was self-taught and very intelligent. He was a polyglot. He was charismatic. He did not hate Christians. He wanted people to understand Islam.

The Boko Haram uprising of 2009 was actually not caused by Boko Haram. It was ignited by the Nigerian Police Force, whose officers killed some Boko Haram members for refusing to comply with a new law requiring motorcyclists and their passengers to wear helmets.

Those killings outraged the previously peaceful group and they took revenge on the police and the resultant mayhem led to the deaths of hundreds of their members and innocent citizens.

In the end, Mohammed Yusuf was arrested by the Nigerian Army and handed over to the police (an unwise move, seeing as the police were one of the belligerents).

It was the cold-blooded murder of Yusuf by the Nigerian Police that led to the full blown radicalisation of the sect.

The Nigerian state did a historical wrong to Boko Haram, and until the policemen who killed Mohammed Yusuf are tried, convicted and punished, and his family compensated, it will be very hard to stop Boko Haram, because they feel they are fighting a holy war.

If Mohammed Yusuf can posthumously get justice, Shekau will lose his hold over the sect, and those who are tired of life in the bushes will be justified, under their brand of Islam, to accept the olive branch offered by the Nigerian state.

But what historical injustice has the Nigerian state done to killer herdsmen and bandits? None! Absolutely nothing. For Sheikh Gumi to call for amnesty for them is an insult to the intelligence of Nigerians.

Our government did not seize their cattle. We have not proscribed Miyetti Allah, their umbrella body, or killed its leaders. They have absolutely no religious, moral or historical right to bear a grudge against the Nigerian state.

In fact, the Nigerian state has bent over backwards to accommodate pastoralists. We have built schools for them. Government initiated the Great Green Wall to check desertification in order to protect their natural pasture lands. Social services are provided to them at cost to other tax payers. They have much to celebrate about Nigeria.

Their case is just one of sheer criminality. These are people who have discovered that in Buhari’s Nigeria, crime does pay. It is more profitable to them to kidnap and abduct Nigerians for ransom, than to graze cattle for a mere pittance. And they are not fools.

The answer is because there is zero tolerance for such behaviour in those countries. If they try it in Ghana, they will die. It is not a case of maybe. It is a case of certainty. President Nana Akufo-Addo police boss once gave a shoot-at-sight order to the Ghanaian police against herdsmen who graze on peoples’ farms. Please Google it. Research it.

“When a crime is not punished quickly, people feel it is safe to do wrong.”

What are we conveying to the world, where you have proven and admitted bandits having public meetings with Northern Governors and top Islamic clerics, where they are photographed like celebrities?

If nobody pays ransom for abductions, and kidnappings, they will stop happening. Look at the breakdown of law and order in Northern Nigeria today, to the extent that soldiers and policemen are being abducted and kidnapped. And ransom is paid for their lives. Who is really in control of Nigeria?

Since May 29, 2015, how many killer herdsmen or bandits have been arrested, tried, and executed? The answer is none. But look at the effort President Buhari made to arrest Nnamdi Kanu.

As you read this, the Nigerian armed forces are raining down bullets in Orlu, Imo state. And this is the same government that wants to rain down amnesty on killer herdsmen and bandits.

All those bandits who attended the meeting with Sheikh Gumi should have been arrested by now, if we had a functional government.

What these bandits are doing is specifically going against Hudud of both God and man as outlined in Quran chapter 5. There is no justification in Islam for them to be given an amnesty. What the Quran prescribed is that they should be severely dealt with.

Their specific crime is known as Ḥirābah under Islamic jurisprudence. Ḥirābah is any act of unjustly waging war against society, and includes kidnappings, assassinations, and abductions. It is even worse when it is Muslims who are doing Ḥirābah against other Muslims.

One of the most revered Islamic jurists that ever lived is Ibn Hazm. Hazm defined Ḥirābah as:

“Putting people in fear on the road, whether or not with a weapon, at night or day, in urban areas or in open spaces.”

Their punishment, according to various verses in Quran chapter 5, is meant to be execution and not amnesty. Sheikh Gumi, am I lying?

As difficult as it may be for me to accept, I would rather tolerate amnesty for Boko Haram, because of the historical injustice that gave rise to their war on society, than to countenance it for herdsmen and bandits.

And it is even worse still that the man floating this idea is supposed to be an Islamic jurist, and one whose intellect I used to respect.

When I saw that now-famous photograph of Sheikh Gumi with a horde of gun-toting bandits, I was stunned. Not for the reasons most people were astounded. My own astonishment came from the fact that this same Sheikh Gumi has not been photographed visiting the victims of these herdsmen and bandits.

What does it say about us when our religious figures have now become advocates for those that perpetrate crime, even where their victims have no one to speak for them?

Is this not why Bishop Matthew Kukah raised the  alarm?

What we expect from Sheikh Gumi and other Islamic clerics is to be living representations of the jurisprudence espoused by the Quran and prophet Mohammed (SAW). If they do this, they will not only be enhancing peaceful religious coexistence, they will also be promoting the concept of Islam as a religion of peace.

When those in government, and clerics like Gumi, start talking about amnesty for herdsmen and bandits, one starts to reconsider the statement by a former All Progressives Congress chieftain, Alhaji Abubakar Kawu Baraje, who said as follows:

“The Fulani causing security problems in the country were brought in to help facilitate victory in the 2015 election.

After the election, the Fulani have refused to leave. I and other like minds wrote and warned those we started APC with that this was going to happen but nobody listened.”

Nigerians would recall that President  Muhammadu Buhari, himself a Fulani and himself the Grand Patron of Miyetti Allah, once threatened on May 15, 2012 as follows:

“If what happened in 2011 (alleged rigging) should again happen in 2015, by the grace of God, the dog and the baboon would all be soaked in blood.’’

The question Nigerians should be asking is this: Are these herdsmen and bandits, that they now want to give amnesty to, the instruments with which they planned to soak Nigeria in blood?