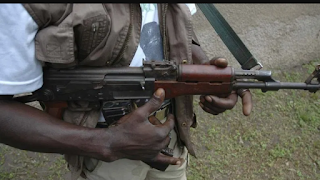 A student in the sociology department of the University of Ibadan (UI), Odetunde Emmanuel, has been abducted by gunmen.

Mr Emmanuel was abducted around 5 p.m. on Monday while working at his father’s poultry farm in Oke Odan, Apete area of Ibadan, Oyo capital.

Family sources told PREMIUM TIMES that those who perpetrated the act were four suspected ‘herders’ who stormed the farm with guns. They kidnapped Mr Emmanuel following information by workers on the farm that his father, who owns the poultry, was not around.

The victim’s brother, Odetunde Samuel, who spoke with journalists, said the kidnappers have reached out to the family, demanding N100 million ransom.

He said the safety of his brother is paramount but noted that the family is finding it difficult to raise the ransom.

When contacted, the state police public relations officer, Olugbenga Fadeyi, said the police “is working alongside other security operatives to ensure that the victim returns safely from the den of his abductors”.

“We have been informed about the incident and we are working together with other security operatives to ensure the young man is rescued.

“We will also ensure that the kidnappers are captured having deployed a police tactical team, including an anti-kidnapping squad, that will help in the rescue mission.”

He urged members of the public “to help with credible information on the activities of criminal elements in the state”.