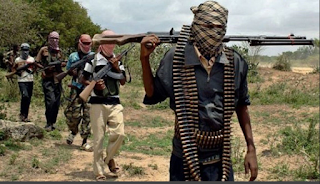 The hunters had stormed the forest on the orders of the Regent of the town, Princess Tolani Orogun, after news filtered inthat some travellers have been abducted.

Witnesses said the travellers were heading towards Abuja when they were abducted and taken into the bush.

The witnesses said the Regent informed the hunters and youths that continued kidnapping in the axis must stop and she ordered them to go after the kidnappers.

It was in the course of combing the forest that one of the suspected kidnappers was gunned down while others fled leaving their victims behind.

Police area commander for Ikare Akoko, ACP Razak Rauf who confirmed the report said remains of the suspect has been deposited in mortuary.

Several persons have been kidnapped along the Akunu, Ikakumo and Auga of Ondo State.

Chairman of Akunu Akoko community, Mr. Ade Aboginije, urged the state government to increase security presence in the area being a boundary town with Edo and Kogi States.