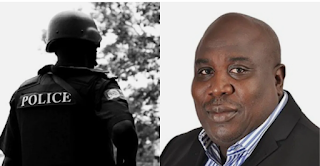 In what will surprise many Nigerians, a notable politician in Ogun state has been arrested by men of the state police command.

Oludare Kadiri, deputy speaker of the State House of Assembly was arrested and detained for alleged assault during the revalidation exercise of the All Progressives Congress (APC) in the state. The Ijebu-North representative at the state assembly was alleged to have invaded the residence of the secretary to the state government, Tokunbo Talabi, with hoodlums.

Punch Newspaper reports that Kadiri was being held at the Criminal Investigation Department at the Police headquarters, Eleweran, Abeokuta for the offence.