Yoruba, not my people, behind kidnappings in Igangan –Seriki Fulani - The Naija Weekly

Yoruba, not my people, behind kidnappings in Igangan –Seriki Fulani 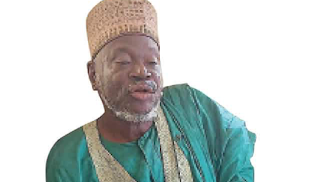 In this interview with TUNDE OYEKOLA, the Seriki Fulani of Ibarapa, Oyo State, Alhaji Salihu Abdulkadir, speaks about his eviction from Igangan North Local Government Area, following allegations of killings and kidnappings against Fulani in the community

You said you have been in Igangan in the last 50 years; when were you installed as the Seriki?

How will you describe the relationship between your people and the people of Igangan?

There was a cordial relationship between us; we were living in harmony. I don’t know what caused the present strain in our relationship; it is not clear to me. But what I noticed is that the Ibarapa people suddenly didn’t want to see Fulani people around again. There was no quarrel between us; but I observed recently allegations that Fulani people were behind the kidnapping of the people in the area, which is a lie. From my findings, the people in Igangan were behind most of the kidnapping in the area. The indigenes were responsible for the kidnapping of the people and it came to a point that some of the victims were escaping from them. They then resorted to keeping the victims in their homes while negotiating for ransom with victims’ relations. I then made efforts to report them to the police both in Ibarapa and at the police headquarters in Ibadan.

There was one incident in which a Fulani man was abducted. We arranged for several vigilantes who discovered the house where the man was kept. Eight suspects were arrested in connection with the crime through police investigation. Out of the eight suspects, six are still in the police custody. One of them escaped but was rearrested. He is still with the police; he has not been taken to court. Four of those arrested are detained at Agodi Prison as I speak with you.

One of the allegations against you was that you were kingpin to Fulani kidnappers in Ibarapa and you shielded them. What is your reaction to this?

This allegation is false. Whoever said so should come out and say it to my face. The person should name the people that I negotiated with kidnappers to release. I will be happy to see such a person who can come out and present a proof that I served as a negotiator and collected ransom for the kidnapers.

There is nothing like that. I have been the person reporting cases of kidnapping of both Yoruba and Fulani victims in the area. The records are there with the police both in Eruwa and Ibadan. People should take the pain to find out. How can I be a godfather to the kidnappers?

Majority of kidnapped victims in Ibarapa were Fulani people and if I count them, they are up to 24. Among them were those killed after the kidnappers collected ransom.  On the other hand, the number of Yoruba that were kidnapped in Igangan cannot even be up to four.

You mean the Yoruba indigenes were kidnapping Fulani herdsmen?

Yes, it was collaboration between Fulani and the Yoruba people in the area.

Was the traditional ruler in Igangan aware of these Kidnappings?

I reported all these cases to him. Any time I heard of any incident, I made a report to him.

Did you ever meet with Sunday Igboho before he came to Igangan?

No, I didn’t know him but Jambele invited Sunday Igboho to Igangan. Jambele is one of the kidnappers.

Is it true that three of your boys fired gunshots while you were having a discussion with Sunday Igboho?

That didn’t happen; if we had a gun that day, we would have fought back. In my house no one can shoot. My kids are educated; I have one abroad, six are university graduates. The least educated is a secondary school graduate.

But there was a claim that one of your boys fired a gunshot and you said it was a mistake.

Nothing of such happened. As I said earlier, we do not have a gun; we don’t know how to use it.

Is it true that some Fulani set a cocoa farm owned by a Yoruba farmer on fire in Igangan?

Did you make any effort to inform the Oyo State Government about the quit notice issued to you by Sunday Igboho?

I did my best. Immediately the incident happened, I went to the Deputy Governor, who, I believe, is a brother to Sunday Igboho, because they are from the same community. The Deputy Governor assured me that nothing would happen to me. I also went to the Commissioner of Police who assigned policemen to guard me.  But few days to the expiration of the ultimatum by Sunday Igboho, I noticed that the policemen disappeared. A day to Sunday Igboho’s arrival, the Area Commander invited me and told me to settle the matter with Sunday Igboho amicably. But about five hours to the arrival of Sunday Igboho and the Area Commander, the Area Commander called me and told me to come and meet them. Then a soldier informed me of the ambush that Sunday Igboho had planned for me. Before I knew it, people bombarded my house with weapons and they burnt my house and killed six people. I also lost my only brother during the attack. We were only two from my mother. My brother was killed in the attack and up till now we cannot go to the place to bury him.

Can you quantify what you lost during the attack?

We lost seven people, including my only brother; I lost 207 cows, apart from other animals. Most of my sheep, goats, turkey and chicken were gone. I am a good turkey breeder in my farm. They burnt all my houses and nine posh vehicles, including a Toyota Venza, Lexus SUV, Toyota Camry and a pick-up truck, as well as other vehicles belonging to other people in my household.

Since you vacated Igangan and came to the northern part of the country, what has been your experience?

All I can is that I am still alive and I eat, even though I’m heartbroken and depressed. The food we eat and the clothes that my wives and I wear were given to us by the people around us here.

Has the Oyo State Government got in touch with you since you left the state?

Are you the only Fulani family that left Igangan?

Only few Fulani are left in Oyo State. The few ones left are still packing (to leave) and I was told they are being sent back by Amotekun. So, I will say all the Fulani have been told to leave. The people (Amotekun) once visited us, killed my neighbour and two of his kids.

What do you know about Dr Fatai Aborode’s death?

I know nothing about it. I was very close to Aborode’s father and I once lived in their house, Ile Alagbede. In fact, we have become one family. Where Aborode was killed was very far from my village. It’s about two hours’ drive to my village; you will pass through Igangan town before you get to where I am. It is the opposite end of where I live.

Whoever said such happened should come out and say it to my face. Aborode never came to me to complain. All I heard was that he was ambushed and killed by some unknown people. Even though he pleaded and offered money so his life could be spared, his killers refused. Meanwhile, the person who carried him on a motorcycle was not injured. I also learnt that some people, including some Fulani people who were passing by at the time, were made to lie down by the assailants.

Do you think his killing was political?

Well, I can’t answer that.

Do you wish to go back to Igangan if this problem is settled?

If the government can assure me of my safety, I would love to go back.

What do you think can be done to stop Fulani’s cows from eating up farmers’ crops?

Cows must eat grass; that’s certain. But the public notion towards Fulani as kidnappers is wrong and I would never agree or succumb to that because it is false allegation against all of us, Fulani.

You said that cows must feed on grass, is that a justification for them to eat up farmers’ crops?

No, but there is no way that farmers and herdsmen would not cross each other. For instance, a driver would not pray for an accident but it is certain it would eventually happen. It is the same for cow and open grazing. It happens and it’s sort of a mistake.

Farmers say Fulani don’t compensate them when cows eat their crop. Is it true?

Anyone whose cows eat farm crops and does not compensate the owner of the farm is senseless. If it’s a deliberate act, it is wrong. Let’s look at it, how many farms can cows eat from that would feed or satisfy them? Cows are never satisfied, it’s not possible. However, I have assisted many farmers to get compensation for the destruction of their farms by cows. There was no case of farm destruction reported to me that I didn’t send people to go and investigate the destruction of the farms and whenever we established that it was true, I would order the Fulani to pay money to the farmer. An example was the case of the Agoro family in Igangan and many more. I have a record for the issues affecting the farmers.

What do you wish the government should do to Sunday Igboho?

I want the government to investigate this matter and tell us what our offence is. As regards Sunday Igboho, I believe whoever kills should be punished under the law.