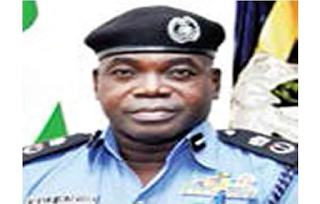 The Osun State Commissioner of Police, Wale Olokode, on Thursday, said the command suspected that the gunmen that killed a man and abducted other four passengers along Osogbo-Ibokun Road spoke Fulfude language.

Some gunmen had between 7.30pm and 8pm on Tuesday attacked some commuters near Ajebandele village along, killing one and leaving two others injured.

Olokode, while featuring on a radio programme aired by Rave FM in Osogbo, Osun State, said those close to the scene of the crime said the perpetrators spoke a language that was not Hausa, Igbo or Yoruba.

The police boss also said the number of people being held by the abductors could not immediately be ascertained but said from the information available to the command, three to four people were kidnapped.

Olokode said, “We do not have identities of the perpetrators yet, but some people we interviewed said they (gunmen) speak language that was not Hausa, Igbo or Yoruba.

“We are suspecting the perpetrators speak Fulfude language, but we don’t know until they are arrested. We are resolute in doing that to ascertain who the perpetrators really are. For two days, we have been on their trail.

“We could only see their traces and found phones and slippers of their victims which gave us the assurance that they followed the route we were tracing. And now we have divided ourselves to block the visible area they could use as escape route.”