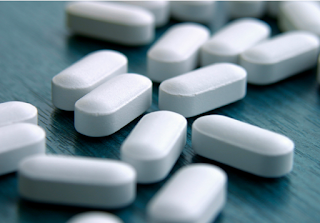 However, experts warn that the findings are preliminary and are far from having clinical value.

The unedited manuscript of the study was accepted for publication in the peer-reviewed multidisciplinary science journal Nature of March 16, online edition.

The study was carried out by scientists at Sanford Burnham Prebys Medical Discovery Institute, San Diego, California; and the University of Hong Kong.

The researchers said since Clofazimine is orally bioavailable and has a comparatively low manufacturing cost, it is an attractive clinical candidate for outpatient treatment and remdesivir-based combinatorial therapy for hospitalised COVID-19 patients, particularly in developing countries.

“Taken together, our data provide evidence that clofazimine may have a role in the control of the current pandemic SARS-CoV-2, and, possibly most importantly, emerging CoVs of the future,” the researchers said.

They also said the anti-leprosy drug with a favourable safety profile, possesses pan-coronaviral inhibitory activity, and can antagonize SARS-CoV-2 and MERS-CoV replication in multiple in vitro systems.

Reacting to the study, a public health physician and Director, Policy, and Advocacy at the Nigeria HealthWatch, Dr. Ifeanyi Nsofor, said the study was still preclinical and, therefore, urged caution.

“A clinical study has not been done yet. So, they used hamsters to test the drug and they saw that there was an obvious effect on the virus. But it’s a different thing from pre-clinical to clinical.

“So, the question is the way humans will react to the drug: will it be the same thing how rats reacted to it,” he asked.

Continuing, Nsofor said, “Pre-clinical trial shows it may be working, but you will have to do the clinical trial.

“Even the clinical trial has different stages. So, based on the pre-clinical trial, it shows to be effective but we don’t know what will happen when you use it on humans.”

Nsofor, who is also an alumnus of the Liverpool School of Tropical Medicine, faulted the researchers for stating that Clofazimine is an attractive clinical candidate for outpatient treatment and remdesivir-based combinatorial therapy for hospitalised COVID-19 patients, particularly in developing countries.

“There is a statement in that abstract that I’m not happy about, because they say ‘especially developing countries.’

“If you have COVID-19, you have it. It has nothing to do with developing countries. To me, that alone perpetuates the narrative that it is only those in the developing countries that suffer from this kind of issue, even though Africans have fared better than they have.

“You would expect that this kind of study should be for the U.S., with their high number of cases. To be honest, I will not be bothered about this study.”

Nsofor added that “if we start using this drug that people that are marginalised are supposed to use for their treatment, what happens to them, especially if the drug is not manufactured on a large scale because leprosy is not something affecting people in the developed world.”

Also, renowned professor of virology, Oyewole Tomori, said the study was still at the preliminary stage.

“It’s a quick publication, unedited, pre-review and it’s one study done and I’m not sure other people have done it.

“They also say it’s a broad-spectrum activity, which is not specific for other coronaviruses. They did most of the work in the laboratory.

“It’s a preliminary report and nobody knows how it will happen when it gets to human bodies and it’s too early to bring out the drums, food, and drinks.”