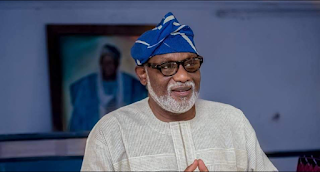 Days after he was sworn-in for the second term as the governor of Ondo state, Oluwarotimi Akeredolu, has banned activities of the National Union of Road Transport Workers, (NURTW) and the Road Transport Employers’ Association of Nigeria (RTEAN) from all motor parks in the state.

The Nation reports that both unions were warned to stop collecting dues and levies from commercial drivers in the state.

Legit.ng gathered that Akeredolu, who spoke through his senior special assistant on special duties and strategy, Doyin Odebowale, said the ban of the driver unions’ activities was due to leadership tussles in Ondo state. 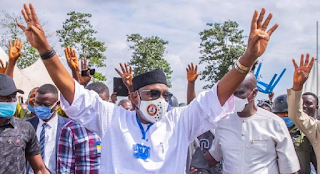 He said new tickets would be sold directly by government officials and urged commercial drivers to revert to the old price of N50 per drop.

Meanwhile, Legit.ng had previously reported a very violent and brutal clash between factions of the NURTW on Thursday, February 11, disrupted business activities at Obalende, Lagos Island.

It was reported that Lagosians who went about their usual daily activities were thrown into confusion especially after hearing rapid gunshots said to have come from around the Ken Salem House.