Buhari needs help, but won’t admit it (2) - The Naija Weekly 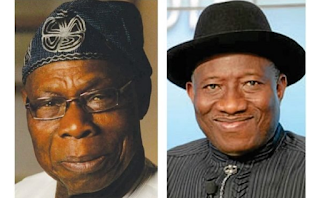 Most Nigerians are pessimistic that President Buhari can reclaim his presidency and realign it for greatness. Captured on the very day he was sworn in, that presidency has groped its way for almost six convoluted years. With about two years left in his tenure, and with no flicker of hope that he has a full grasp of what needs to be done, it is feared that the rest of his tenure will be largely ineffectual and even less intense than his first term. His predecessors had failed to lay the foundation for a great Nigeria; the president has not also suggested in word or deed that he knows how to lay a foundation or appreciates the role it plays. A foundation starts with conceptualizing a great country, for no one can produce equipment without first conceiving it, and no country can become what its leaders and philosophers have not first imagined it to be, now and in the distant future.

Many months ago, this column characterized the Olusegun Obasanjo presidency as eclectic but in some ways pragmatic, and the Goodluck Jonathan administration as undisciplined and unfortunately overwhelmed by the weight and sublime demands of high office. Neither former president produced the inspiring and durable foundation Nigeria sorely needed after decades of debilitating and wasteful military rule, and intervening years of chaotic and equally profligate civil rule. The Buhari administration came in fully unprepared, needing the best of men Nigeria could offer, and the best of paradigms the country’s brilliant, farsighted minds could formulate. Sadly, with him, neither the best minds nor the best ideas stood any chance of getting a look in. This was why he did not think any foundation was needed or indispensable, and the administration has not thought that its controversial and chaotic policies reflect the inexistent foundation. And this was also why many political, ethnic and judicial journeymen simply stepped into the vacuum and wrote their own parochial interests as national interest.

There is consequently no policy of the administration that has reflected the nuances of a hypothetical greatness, and nothing the administration has said or done that is consistent with the rubrics of that greatness. The administration has thus been unable to define Nigeria in any terms other than from a narrow point of view. In fact, no serious attempt has been made to produce a definition, let alone laying a foundation and building on it. If a country is unable to secure its citizens from marauders and kidnappers, surely it can at least try to design policies to manage the crime. If service chiefs punched far below their weight, it would be shocking for a president whose country is being ravaged by criminals to counsel patience, or after ousting the security chiefs, to reward them. But it happened. In a changing world economy where alternative energy sources are replacing fossil fuels, it must perplex citizens that their government is setting aside $1.5bn to repair a moribund refinery.

There is more. Are there no other macroeconomic and financing models other than borrowing to finance infrastructural development, to the point that the Buhari administration has become obsessed with borrowing from every conceivable corner of the world, particularly China? There is no education vision, not to talk of providing the required funds to prompt and realign Nigeria’s learning culture along globally competitive lines. There is no foreign policy worth mentioning. The capacity to even effect a transition between one Inspector General of Police to another has proved elusive, a constant reminder that parochial interests have long, under this administration, been on the ascendancy. Then of course, there is the needling matter of competing cabals who have seized the levers of power and wielded influence in unimaginable and often harmful ways under the nose of a trusting president.

It is not hard to be pessimistic about the possibility of a change in the next two years. And indeed, it is even easier to paint what is wrong than suggest what remedies are available, knowing full well that such remedies, if suggested, would be given no consideration at all save contempt. President Buhari is said to be anxious to leave a great legacy, and even more anxious to determine who is safe and worthy to succeed him. Alas, here also, he needs help to know what he needs instead of what he wants. He needs a powerful and visionary successor, but he seems from reports to desire someone safe, a person who would protect his inexistent legacy. But here is the problem. He has been made to think that steering the ruling party in a particular direction, probably away from the influence of Bola Tinubu, would free the party to win the next elections and produce the protector of his legacy. Did the cabal and other ambitious politicians within the APC actually frame the party’s problem accurately for him? It is doubtful.

The party’s problem was not registration or revalidation of members. One of the problems was the bitter and figuratively bloody war of control between one camp of serving and former governors and another camp of the same group. The other problem was the politics of seizing control of the party to ensure the best chance for ambitious presidential aspirants. Another problem was the rank indiscipline within the party that saw outgoing governors subverting their party because their desires were thwarted, but were eventually rewarded and promoted by the party. Unable to transcend his own primordial instincts, and incapable of appreciating the dynamics that produced and continues to sustain his party, the president has caved in to the misinterpretation and misrepresentation of his party’s goals. In the past few months, therefore, everything the party has done has been focused on undoing the influence of Asiwaju Tinubu, just as the presidential race within the party will also likely be focused primarily at destroying his ambition. The president has bought into these plans, regardless of the denial by presidential spokesmen that no cold war exists between the president and the party’s national leader. Both men of course know better.

Having framed the party’s problem as the former Lagos governor, and having enthused that it had registered a whopping 30 million members, believing that membership translates willy-nilly into electoral votes, the APC will likely leave unattended the real problems skewering the party. It has been the unenviable legacy of the APC that on their watch, the country has become one of the most insecure in Africa, perhaps on the same scale as Somalia, principally on account of the rampage of herdsmen and bandits. The country is groaning under debts for projects the Buhari administration is claiming the glory and passing the bills and nuisance to future generations. Under the APC, ethnic nationalism has grown by leaps and bounds mainly because of the policy of ethnic exceptionalism embarked upon by the Buhari administration, and worsened as the years go by. On the APC watch, religious exceptionalism has also become a state policy, with many states like Kwara wallowing in that sewer.

The APC relies on the confusion in the Peoples Democratic Party (PDP) to sustain and prolong its mediocrity without consequence. It is not clear whether the PDP will regain its sanity as the next polls draw near. But if it does, the chaos in the ruling party will prove costly. But if it does not, and the ruling party gets away with robbery and murder, so to speak, it does not mean that the legacy of President Buhari would be protected, let alone advanced. It does not also mean that the country would be in better hands, and it does not mean Nigeria would suddenly cease to be a byword among nations. Yes, the president needs help; but not only would he not admit it, it is also not clear that he can admit it, given the web woven around him by vested and unyielding interests.