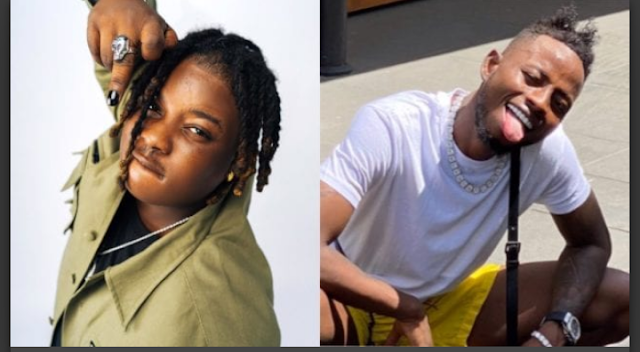 The CEO of Cash Nation, Babatunde Oyerinde Abiodun popularly known as Kashy Godson, the label under which singer Barry Jhay operates, is dead.

Videos have also surfaced online as obtained by The Nation, suggesting that Barry Jhay had recently been involved in a physical confrontation.

In the videos, Barry Jhay was seen bleeding from the lips

While it is not yet known if there is any connection between Jhay’s altercation and Gordon’s death, trending reports revealed the Nigerian singer has been allegedly arrested in Ghana.

Meanwhile many Nigerians have taken to social media to react about Barry Jhay’s videos.

Engr_Series said, “Mehn Barry Jhay will be drilled for Kashy’s death. Y’all had a brawl and hours later, he was pronounced dead via suicide. Won’t that video make him the prime suspect? God

@_AsiwajuLerry said: “Reports says Barry jhay has been arrested in connection with the death of his boss, i feel remorseful for him. The truth of this whole saga is visible to him and God.

@Olamideofficial tweeted: “Barry Jhay’s Record label boss (Kashy) reportedly, committed suicide by jumping down from the Balcony. May his soul Rest In Peace”

@Updateboyx said: “This video is the biggest evidence about the whole thing… Probably Barry jhay was dealt with by Kashy. So Barry retaliated in a cold way. Kashy is under pressure hereBroken heart If they investigate well some kashy’s friends will be arrested as well.”