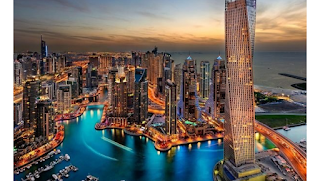 About 800 assets worth $400 million stolen from Nigeria and domiciled in various cities in the United Arab Emirates (UAE) have been traced to 13 Nigerian security chiefs and public officials.

Of the 800 assets said to have been uncovered by investigators, the 13 security chiefs are discovered to own 216, while the remaining 584 have been traced to Nigerian public officials.

Investigators further revealed that about N17 billion, being stolen assets from Nigeria annually, are laundered in the UAE and the United Kingdom (UK).

These were some of the revelations made at an international conference in Abuja on Tuesday, with the theme; Fixing Financial Flows: A critical Review of UK and UAE Policies, Laws and Practices in Financial and No- Financial Institutions.

The event, organised by the Human and Environmental Development Agenda (HEDA) and other foreign and local development partners, was held at the Sheraton Hotels, Abuja.

The chairman of HEDA, Olanrewaju Suraju, said the illicit financial outflows from Nigeria have continued to hurt the vulnerable poor, fuel violence and constitute threats to moral authority of the Nigerian state.

Suraju said that the UAE and the U.K. have been facing attacks for failing to live up to international obligations in curbing illicit financial flow, mainly perpetrated by politically exposed persons.