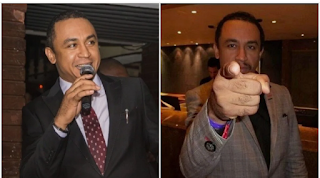 The OAP has been ordered to pay damages. Photo credit: @daddyfreeze Source: Instagram

The marriage between Odekina and Elechi was then dissolved by the judge who cited Benedicta’s adulterous act with Daddy Freeze as the reason.

In other news, as the popular saying goes, as long as there is life, there is always hope. For an unidentified couple who were on their way to becoming divorced, it appears hope came in the most interesting way possible.