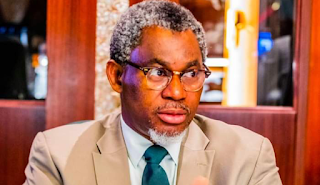 The Federal Government is working towards auctioning its bitumen blocs in the third quarter of this year, the Minister of Mines and Steel Development, Olamilekan Adegbite, announced on Tuesday.

He announced this in response to the enquiry of the Australian High Commissioner, John Donnelly, who visited the mines ministry on Tuesday.

In a statement issued in Abuja by his media aide, Ayodeji Adeyemi, the minister said the ministry was still gathering data on some of the bitumen field and was edging close to completion.

He noted that there were ample opportunities for investors in the local development of the bitumen sector.

Adegbite was quoted as saying, “A lot of people are interested in bitumen which is coming from both local and foreign investors.

“However, we are still acquiring data in some of the fields and once the data is in we will go for auctioning in the third quarter.”

He further stated that the ministry was working on the local production of barite, which was a critical weighting material in drilling fluids used in oil industry.

The minister also told his guest that the Ajaokuta steel plant was meant to be a game changer for the country when fully functional, stressing that about 13 other minerals were required in the production of steel.

He said the plant would have brought development to the 13 other minerals which would have presented opportunities for investors to develop.

Adegbite, however, expressed regret that the COVID-19 pandemic had slowed down the plan to resuscitate Ajaokuta steel plant.

On his part, Donnelly expressed his country’s willingness to work with Nigeria to develop the mining sector.