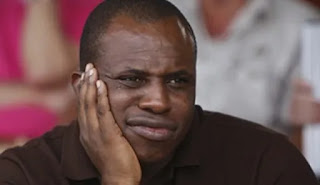 A former Speaker of the House of Representatives, Dimeji Bankole, on Wednesday formally registered as a member of the All Progressives Congress in Ogun State.

Joined by scores of his supporters, Bankole registered at his Ward 10, Iporo-Sodeke Unit in Abeokuta South Local Government Area of the state.

The National Caretaker Chairman of the APC, Mai Mala Buni, had last week Monday, presented Bankole and a former governor of the state, Gbenga Daniel, to the President, Major General Muhammadu Buhari (retd.), as new APC members at the Presidential Villa, Abuja.

Bankole also held a closed-door meeting with the state governor, Dapo Abiodun, penultimate Thursday, as part of moves to formalise his defection.

After his registration, Bankole told his supporters and party officials that the registration marked his official defection to the ruling party.

“Today is not for a long speech. The only thing I will say is that I have now joined the APC. What is left is to continue praying on the step we have taken. It will be well by God’s grace,” he said.

The state chairman of the APC, Yemi Sanusi, described Bankole’s defection as home-coming.

He said his former party, the Peoples Democratic Party, was one of the legacy parties that formed the APC.

Sanusi asked him to fully integrate himself into the party and contribute meaningfully towards the success of APC ahead of the 2023 elections.