Leaked chat between Tonto Dikeh and her alleged “sugar daddy” 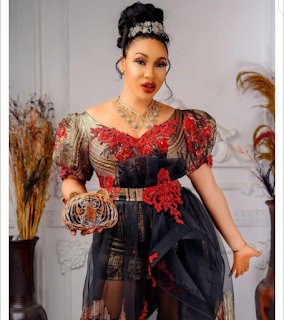 A conversation between Nollywood actress, Tonto Dikeh and her alleged lover has surfaced on social media.

From the chat which was shared by Tonto, some fans insinuate that she was conversing with her “sugar daddy” since she referred to him as an “old man”.

In the chat, he was telling her to stop taking his money without seeking his consent first, but she replied saying he shouldn’t keep the money where she will see it, if he doesn’t want it to get missing.

“I said stop keeping it where I will see it cause if I see it and you ain’t using it I take it”, she said. 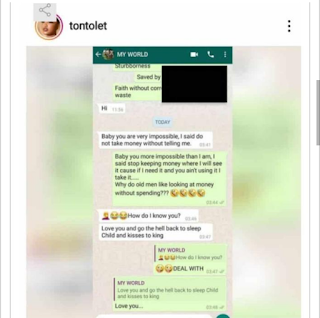