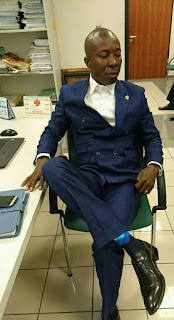 "Though, a colloquium ordinarily should be an academic meet standing on grounded preparatory study, to deal with raging concerns and could later effect formulation of policies. But I think what should worry us more is the crowd of attendees that clapped for the speaker to reinforce the statement and completely nailed both divides of the event as ignorant.

The Naija Weekly gathered that "Bola Tinubu himself, having suffered the backlash later recanted that he meant to say 50,000 youth and not 50 million and that, that they should be fed with "cassava, agbado and corn" was also a slip of his tongue. But how would the ignorant clapping crowd who cheered such slantness unclap claps clapped?"

- Akinloye NG, a Legislative Expert and Public Affairs Commentator, on the issue of pushing 50 million youth into the military to fight insurgency by Bola Tinubu at the 12th Bola Tinubu Colloquium in Kano.