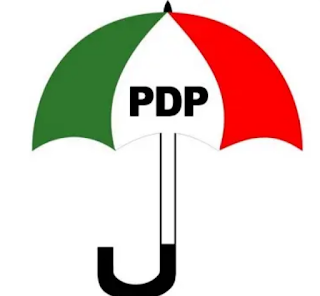 The Peoples Democratic Party (PDP), on Monday, alleged that with the reported disappearance of a fresh N10.1 trillion from the national treasury, it is clear that corruption is on daily autopilot under the present administration.

This is contained in a statement issued by Kola Ologbondiyan, National Publicity Secretary where it observed that the nation has again been jolted by reports in the public space that a whooping N9.6 trillion ($20 billion) and another N500 billion belonging to the Treasury Single Account (TSA), have been reported missing and allegedly diverted to the interests of the ruling All Progressives Congress (APC).

The party noted that this fresh N10.1trillion scandal is beside the earlier N15 trillion, reportedly stolen from various government agencies, including the stealing of N9.3 trillion as detailed in the leaked NNPC memo, bringing the sum looted in these cases to N25.1 trillion.

The statement added: “It indeed speaks volumes that while the Buhari Presidency is claiming that it has no funds to finance the 2021 budget of N13.08 trillion, a humongous N10.1 trillion belonging to the nation is said to have disappeared into the thin air.”

The PDP expressed concerns over the level of what it sees as “rapacious looting by the APC leaders and the cabal in the Buhari Presidency,” stressing that, “it is clear that our nation has been seized by ferocious economic brigands in very high places.”

The main opposition party maintained: “Under the APC, our nation has become one of the most corrupt countries in the world, having dropped 13 places since 2015 and plunging to a putrid 149th place on the corruption perception index as released by Transparency International (TI).

“Only recently, Nigerians were shocked by revelations that trillions of naira meant for the purchase of arms to defend our nation could not be traced.

“The PDP invites Nigerians to note that the Buhari Presidency and the APC have not been able to account for the N15 trillion earlier reportedly looted from various agencies of government, including the stolen N9.3 trillion NNPC fund, the N1.1 trillion worth of crude stolen with 18 unregistered ships as well as various oil subsidy sleaze.

“This is in addition to the N3 trillion reportedly stolen from various agencies including the National Health Insurance Scheme (NHIS), the National Emergency Management Agency (NEMA), in which a very top APC government official was indicted, as well as the Social Investment Programme, where the First Lady, Aisha Buhari, exposed that N500 billion was siphoned.”

The PDP invited Nigerians to unite in demanding for the recovery of the N25 trillion, which it insisted should be directed to critical sectors of youth development, job creation, infrastructural development and security.