Obahiagbon writes back - The Naija Weekly 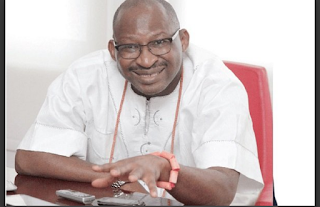 Precisely a fortnight ago, I availed myself, not for the first or even the second time, of the instrumentality of this public platform to dispatch a personal epistle to Osahon (Patrick) Obahiagbon, a friend of this space and its curator, asking if he could kindly share with the attentive audience a distillation of the insights from his cogitations, meditations, reflections and ruminations on a latitudinous range of national, regional and global issues.

The time seems eminently propitious for his sagacious intervention, when everything is in a state of total disarticulation, the resolution of which has confounded the best minds.

Ever so punctilious about his obligations, he commenced the necessary exertions almost as soon as what he graciously adverted to as “my summons” reached him.  His perspicacious response came a few days later, marked by his wonted lexical dexterity.

His predilection for sesquipedalianism may turn off, even infuriate or exasperate, those who have jettisoned their dictionaries or abjured the habit of consulting them.

That is their loss.  For his submission is at once engaging, recondite, didactic, incisive, enthralling, edifying, and entertaining.

It was with bated breath and a palate well titillated and titivated that I perused your coruscating and usually didactic epistle after an entr’acte brought about not out of communicative ennui but arising from de die in diem existential mandates.

You can therefore conjecture how delighted it was hearing from you again, my senior brother, and also suo moto putting at my disposal your seminal and encyclopedic ex cogitations on both national and international polyvalents.

Since I am an apostle of the apothegm by The Bard of Avon, William Shakespeare, to the effect that what concerns us most, we lastly attend to, permit of me in the circumstance, to venture an opinion ab ovo, on some global Kantian categorical imperatives, hoping that we will learn utilitarian lessons therefrom.

As sardonic, lugubrious and sepulchral the Covid discombobulation has become (and am in a state of lachrymoseism for all those that have yielded and transited under its quietus jugular), the lessons inter alia that The Great Architect and Geometrician of the Universe is teaching humanity here, boils down to the unipolar and sacrosanct fact that “sceptre and crown shall tumble down and in the dust be equal made with poor crooked, scythe and spade.”

In fact, the Covid incubus and succubus has pulverized the earlier assumptions that “when beggars die, there are no comets seen but heavens themselves blaze forth the death of princes.”

Indeed, princes and kings and every political, social and economic strongman the world over have bowed and submitted to the pandemic.  It’s my sincere hope that political and economic strongmen all over the world and particularly in Africa and Nigeria are imbibing the necessary lessons which is the desideratum for a national rebirth on governance issues.

But it does not appear to me that the spiritual lessons have been particularly impactful on our political leadership here in Nigeria against the backdrop of the way and manner they are still plying their asphyxiating prebendals.

Need I say how democratically satiated I was when I watched with delight and glee how Uncle Sam cornucopiously and ebulliently showcased itself to the world as the bastion and bulwark of democracy?

True, former President Trump made the point that it’s not yet eureka for America when it comes to sit-tightism, political strongmanism and governance megalomania verging on monomania as is characteristic with Africa but Americans made the point in caboodle that their democratic institutions were resilient enough and have been sufficiently forged in the furnace of a democratic salamander to resist political strongmen.

What a political lesson again for Africa and Nigeria!  I would asseverate from mountain Olympus that the triumph of American democracy over Trumpism was SUPERCALIFRAGILISTICEXPIALIDOCIOUS.

Now to the elusive Pax Nigeriana of our dreams.

A poetic and philosophical homo sapiens was once quoted as saying, “…See me lakayanalakaboy, shokolokobangoshe….was the language of the white man to abuse our colonial mentality and our lifestyle still sustains that abuse.”  How very true.

I have bestirred and ensconced myself in my mystical and alchemical laboratory, preferring to engage on matters that redound and conduce to the evolution of my soul personality in this incarnation because Nigeria is fast becoming a damnosa hereditas-God forbid — peregrinating the trajectory of a FLOCCINAUCINIHILIPILIFICATION by the purposeless purposelessness, conscienceless consciencelessness and directionless directionless directionlessness of its largely supine, indolent, philistine, somnolent and rudderless political leadership.

How can we ever justify the sheer criminal lawlessness, arrant banditry and deprecable brigandage openly perpetuated by pastoralists against farmers all over the country and with harum scarum bravado and recusant braggadocio?

Farmlands are being daily ravaged, pillaged and farmers kidnapped and eviscerated by herders and yet the response of the coercive apparatus of state is one of Olympian aloofness, lackadaisical complacency and shilly-shally predilection?

In the midst of this seeming state of anomie, a state governor is regaling himself with incendiary rhetoric and verbally hurling combustible projectiles. And yet we are being told that these are no incipient signs of a failed state, especially when various geo-political zones and states now have to resort to self-help?

It is on public record now that the former Chief of Army Staff, General Tukur Buratai, pontificated only a few weeks ago that it would take an aeon to defeat Boko Haram and its dastardly activities in our country.  So, what about the tales by moonlight from the arm’s propagandic orifice that Boko Haram has since been militarily defenestrated?

l have said for the umpteenth time that Boko Haramism, more formally known as Jama’atu Ahlis Sunna Lidda’Awati Wal-Jihad, has transmogrified into Nigeria’s gorgon medusa (it predates this government) is itself a manifestation of governance fiasco over the years, especially in northern Nigeria where majority of successive governors like their southern counterparts have been inebriated in their narcissistic aqua rather than delivering the dividends of democracy to their people.

Are we out of economic recession? For me, the answer is a very simple one and it can be found in how our ragged among us and the proletariat and lumpen proletariat are interfacing with the day to day economy and not in the gobbledygook from the air- conditioned offices of official high priests.

In the midst of all these security challenges, there has been a new outcry for state police.  That appears very attractive, especially since the federal security agencies seem to have been overwhelmed by their constitutional duties.

But I hold the view with a sense of deep reflection that state police at this point in time would tantamount to the apple of Hesperides.  One federal Gordon medusa is still certainly better than adding another 36 state gorgon medusas to it.

Looking forward, it appears to me very clear and settled that whoever takes over as President of Nigeria in 2023 is what is largely going to determine the survival of this country.

His character, bridge-building capacity, ideological grasp of issues, sense of local, national and international dialectics and more will count heavily.

I assure you that God and the Cosmic giving me life and health, I will be at the frontline of the political barricades for that struggle, for this country belongs to all of us.

Permit of me my senior brother to retire back into the cocoon of my alchemical and mystical laboratory from whence your avuncular and patriotic concerns roused me with the sui generis privilege of feasting with you on very high and noble matters pertaining to our nation-state.

I hope that through your kind graces, our soulmates you eloquently spoke about will have the opportunity as usual of knowing that your younger brother has dutifully responded to your patriotic summons.

I remain yours truly,