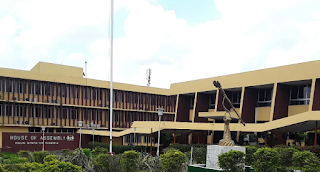 Mr Kadiri represents Ijebu North Constituency 2 at the Assembly. His impeachment is coming a week after some lawmakers signed a petition for his removal.

He was accused of insubordination to the Office of the Speaker through un-authorised self-approval of expenditure, involving an external body in the affairs of the House without exploring an internal mechanism for the amicable resolution of issues, abuse of office, threat to lives and properties, conduct likely to cause breach of peace and attempted murder, committed in his constituency.

On Monday, the Speaker of the assembly, Olakunle Oluomo, constituted a committee to investigate his deputy.

The committee on Thursday submitted its report which found Mr Kadiri guilty of gross misconduct and he was impeached and removed as the deputy speaker.