Reps query COAS on how weapons for military, police end up with bandits - The Naija Weekly

Home News Reps query COAS on how weapons for military, police end up with bandits

Reps query COAS on how weapons for military, police end up with bandits 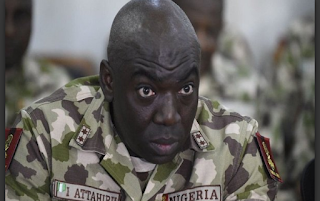 Members of the House of Representatives have asked the Chief of Army Staff, Major-General Ibrahim Attahiru, to explain how weapons purchased for the military and police end up in the hands of bandits and miscreants.
The House ad-hoc committee on the need to review the purchase, use and control of arms, ammunition and related hardware by military, paramilitary and other law enforcement agencies in Nigeria sat yesterday.
Invited to face the committee on the issue were Attahiru and the governor of the Central Bank of Nigeria, Godwin Emefiele.
Attahiru sent a representative, Major General C. Ofuche, but this was rejected by members of the committee led by Prince Olaide Akinremi from Oyo State.
Members of the committee said the issue was a serious and sensitive one and needed the COAS to address them in person.
Rep Ibrahim Al-Mustapha Aliyu from Sokoto State said Attahiru had to appear in person to explain how weapons bought for the military and police ended up in the hands of bandits.
“You can bear witness to the fact that Nigeria is embroiled in serious security issues and year in year out appropriations were made and huge sums expended on procurement of arms and ammunition and yet in the whole of the whole of the arrests made you find these arms and ammunition with some of these bandits and miscreants.
“Some of them can be traced back to the very military or police. It is a serious issue and the National Assembly is well positioned to dig deep into the root of this issue and find solutions.
“As moved by my colleague there is need for a motion to allow the COAS come and make his submissions personally to this committee.
“In line with the position of the previous speakers, I want to reiterate that this is a very serious and sensitive security matter.
‘At least let us see the man. Being that this is the first meeting with the Nigerian Army, the accounting officer of the Army should have appeared to give us his account, his position as far as the communications made to him.
“For the chairman and secretariat there is no communication before that the COAS is having another schedule that may not allow him to be physically present here. That is a contravention to section 88, section 89 subsection 1, and of course section one of the Armed Forces Act 1994. So we are not witch-hunting but telling you what the law says,” he said.
Other representatives, including Kabiru Idris (Kano), Bede Eke (Imo), and Ifeanyi Chudy Momah (Anambra), who spoke insisted that the COAS must appear before them physically.
They noted that there was no official communication to the committee on why he could not make it.
Major General Ofuche apologised on behalf of the COAS, saying: “He should have been here today and all indication to that was already in motion, but for several trips.
“If you watched the TV yesterday, he was at Ibadan and Enugu all for the same security needs. The country is embroiled in a lot of crisis so they are moving around and he thought he could make it down here this morning for this meeting and so the notice was quite short for me to come and represent him because he would have loved to do it personally, and that is why there is no written note,” he said.
The Chairman of the committee, Prince Olaide Akinremi, eventually excused journalists from the meeting, but the Army representatives left about 15 minutes later.
Akinremi, who emerged some moments after, confirmed that the Committee had decided they were not going to take the COAS’ representative.
He said the CBN governor also called that he would not be able to make the meeting due to exigencies.
He said another time would be fixed for the meeting and communicated to reporters.
The Nation
Tags # News
Share This