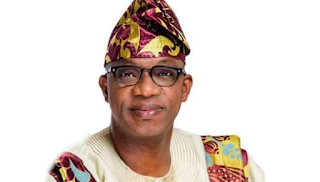 Ogun State Govermor, Dapo Abiodun, says his administration will complete the ongoing construction of a flyover across the Sagamu-Ore-Benin Expressway linking Ijebu-Ode to the Epe Road by the third quarter of this year.

Abiodun said when the flyover was completed, it would ease vehicular movement and reduce accidents for commuters travelling from the eastern part of the country to Lagos and those transiting to Sagamu and Ijebu-Ode.

The governor said this during the inspection of road projects in Ijebu-Ode and gave an assurance that the Ijebu-Ode/Epe Road would be completed May.

The governor said the completion of the flyover would decongest the Lagos-Ibadan Expressway.

He added that it would enhance industrialisation of the state and also increase the commercial value of the area.

He said, “The construction of this road, which started in February last year, ought to have been completed before now, but for the global pandemic and lockdown.

“I can assure you that with the way contractors handling this project are going, the road will be delivered as scheduled.”

Abiodun in a statement by his Chief Press Secretary, Kunle Somorin, described the road as one of his legacy projects.

The governor pointed out that it would serve as an impetus for the state’s economic growth as well as industrial cluster equipped with agro, communications and education cities, among others.

Abiodun added that his administration would continue to introduce and implement developmental projects that would be beneficial to the people of the state.

While inspecting the 150-unit housing scheme in the Sagamu Local Government Area, the governor reiterated his commitment to providing affordable housing units for the people of the state.

He explained that his government was poised to reduce the accommodation deficit through massive construction of affordable housing units in all the three senatorial districts of the state.

Abiodun said the two and three-bedroom bungalows would be sold at affordable prices to the people of the state, adding that his administration would deliver 2,500 housing units in the next two years.