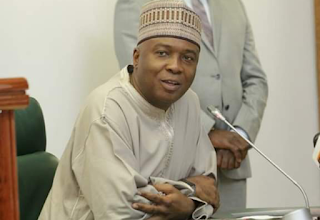 The Senator Bukola Saraki-led Peoples Democratic Party Reconciliation and Strategy Committee has announced a breakthrough in its efforts to reconcile feuding factions in Ogun State.

It said efforts to resolve the over ten-year-long political feud between a faction of the party loyal to the late Senator Buruji Kashamu and the other loyal to Ladi Adebutu have yielded fruits on Thursday.

This was contained in a statement titled, “Buruji Kashamu, Adebutu Groups in PDP Reconcile,” which was signed by the Secretary of the Committee, Linus Okorie.

Okorie said, “I am directed by the chairman of the PDP National Reconciliation and Strategy Committee, Dr. Abubakar Bukola Saraki, to announce that today, the committee has successfully concluded the resolution of the decade-old crisis in the Ogun State Chapter of the PDP.

“This crisis that has lingered on for the past ten years between the groups led by late Buruji Kashamu and Hon. Ladi Adebutu with each of them instituting different court cases, obtaining injunctions and dissolving executive committees.

“These actions have combined to weaken the party in the state and made many people to believe that the differences would never be resolved. The crisis is, as a matter of fact, responsible for the loss of the PDP in the state during the past three general elections.

“Today, both parties have resolved to work together and withdraw all cases pending in the various courts. The parties also agree that PDP remains the best umbrella under which the unity and development of Nigeria can be achieved, sustained and guaranteed. They have all signed an agreement to that effect.”

He expressed the committee’s gratitude to party leaders and stakeholders in Ogun State for playing very key roles in assisting the panel achieve its objectives which led to the resolution of the crisis.

“We appreciate the magnanimity, maturity, patriotism and the give-and-take spirit displayed by both parties to the crisis as well as other leaders in the resolution of the issue. Now, PDP is set to re-establish itself as the party that will take control of Ogun State from 2023,” Okorie added.