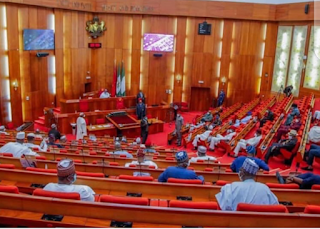 The Senate on Wednesday asked the Federal Government to direct officials of the National Emergency Management Agency and Ministry of Humanitarian Affairs, to bring back the people of Yewa in Ogun State who had relocated to the Republic of Benin following incessant herdsmen attacks on their communities.

The Senate resolution was a sequel to a point of order raised by the Senator representing Ogun West, Tolu Odebiyi.