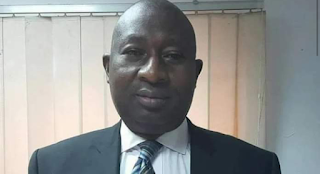 A Senior Advocate of Nigeria, John Odubela, has died at the age of 55, The PUNCH reports.

Odubela, who was, until his death, the Head of Chamber, Rickey Tarfa & Co., reportedly died on Monday.

The deceased, who was a former Ogun State Commissioner for Education, Science and Technology in the administration of ex-Governor Ibikunle Amosun, bagged the title Senior Advocate in September 2017.

Odubela was survived by a wife and three daughters.

Veteran journalist, Dele Momodu, on Tuesday took to social media to mourn the deceased, whom he said was also his lawyer.