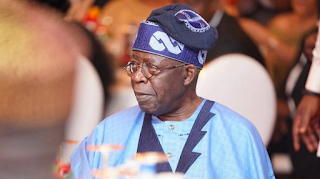 The group stated that Tinubu failed to extend the same gesture to victims of a fire incident in Oyo state. Photo credit: @AsiwajuTinubu

Part of the statement read: “Asiwaju Tinubu turned blind eye to a similar crisis at the Sasha Market in Ibadan, Oyo state or the recent fire outbreak at the Akesan Market in Oyo township, but jumped into a long journey to Katsina state ‘to sympathize with the victims and to be his brothers’ keeper.’ “We cannot but conclude that the purpose of Asiwaju Tinubu’s visit to Katsina is firmly rooted in politics, and has nothing to do with philanthropy.”

Naija Weekly had on Wednesday, March 24, reported that Tinubu promised to donate the sum of N50 million to victims of the Katsina Central Market fire during a condolence visit to Governor Aminu Masari.

The former Lagos state governor, also, in the company of Governor Masari visited traders who lost their goods in the fire.