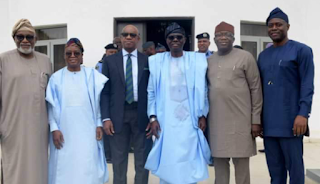 A coalition of over 174 Yoruba groups in the Diaspora has said the South-West region will no longer play a second fiddle in Nigeria.

The coalition, also known as Yoruba One Voice, added self-determination might be the best option for the Yoruba nation.

The coalition identified government’s inability to tackle insecurity across the nation as one of the problems that had remained unresolved.

A statement on Wednesday said YOV made its position known on during the International Webinar conference where over 1,000 participants from all over the world expressed their readiness to seek justice and liberty for the South-West region.

The guest speaker, Prof. Akin Alao; Aareonakakanfo of Yorubaland, who is also the Grand patron of YOV, Are Gani Adams; General Secretary, Dr Sina Okanlomo, and other discussants, raised issues on the topic, ‘Dealing with critical fault-lines of a failed federation: Is it to unbundle or restructure the leviathan?’

Adams, said the call for self-determination was a true reflection of the present mindset of all Yoruba sons and daughters in diaspora.

Alao described the nation as a fractured federation, adding that the British imperialist damaged the unity and sanctity of Nigeria.