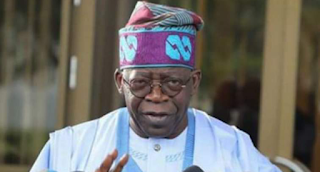 Reno Omokri, a former social media aide to ex-President Goodluck Jonathan, has lambasted All Progressives Congress chieftain, Bola Tinubu, for donating N50m to victims of the Katsina market fire and ignoring affected traders in the South-West.

Omokri said this in a tweet on Wednesday shortly after Tinubu announced the donation during a visit to Katsina, the home state of the President, Major General Muhammadu Buhari (retd.)

At least, six people died while various shops and houses were burnt during a crisis in Shasha market in Ibadan.

Also in January, a fire that occurred at Ijesha Market in Lagos led to the destruction of several properties. A total of 62 traders and 28 households were affected in the incident while 14 shops were burnt and 48 others affected.

On Wednesday, however, Tinubu paid a sympathy visit to traders and other victims of the market in the company of Governor Aminu Masari of Katsina State.

While commiserating with them, the former Lagos governor said market activities should resume despite the level of damages and destruction recorded as the life he believes must continue.

He told reporters on the sidelines, that the purpose of his visit is to sympathise and commiserate with the victims, the governor and good people of the state particularly the market men and women devastated by the fire.

Tinubu emphasised the need to promote unity and collaboration among Nigerians, saying “that Nigerians must be their brother’s keepers.”