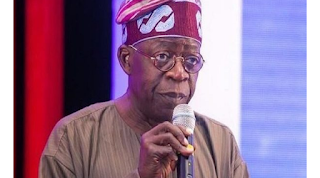 National Leader of All Progressives Congress (APC) Asiwaju Bola Tinubu has advised the Federal Government to recruit at least 50 million youths into the Army to aid the fight against insecurity.

Tinubu spoke at the 12th colloquium to celebrate his 69th birthday in Kano State.

He said: “We are under-policed and we are competing with armed robbers and bandits to recruit from the youths who are unemployed —33 per cent unemployed?

“Recruit 50 million youths into the army,” he stated, adding that “what they will eat —cassava, corn, yam, will grow here.”

He said the recruitment process should not emphasise education or literacy but willingness to fight criminals.

He said: “Don’t talk about illiteracy, anybody who can hold a gun, who can handle a gun, who can cock and shoot is technically competent to repair a tractor in the farm.”