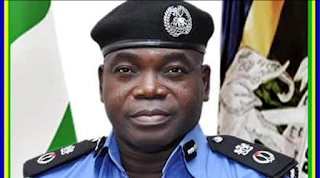 A commercial motorcyclist whose identity has not been ascertained, and one other person, were on Thursday shot dead when armed robbers attacked a branch of a second generation bank in Okuku, Osun State.

PUNCH Metro gathered that the motorcyclist was killed near the bank while the robbers were fleeing the area.

A source said, “Sporadic gunshots were heard around 3pm near the bank when the robbers were entering the premises.

“The robbery lasted for about one hour and as the robbers were leaving, they also fired several shots, one of which hit the deceased motorcyclist.”

The source noted that the police arrived in the town shortly after the robbers left.

Another resident of Okuku, Joel Olayemi, told PUNCH Metro that a man sitting in front of his house was also hit by a stray bullet and died.

The state Police Public Relations Officer, Yemisi Opalola, who confirmed the attack on the bank, said she could not say the number of casualties and asked for more time.

Opalola said the state Commissioner of Police, Wale Olokode, led the police response team to the scene of the incident, adding that security operatives were on the trail of the assailants.

Also, the Osun State Coordinator of the Oodua Peoples Congress, Deji Aladesawe, told our correspondent that members of the group had joined the police in trailing the robbers, who he said abandoned their operational vehicle and fled into a bush.

A spokesperson for the Nigeria Security and Civil Defence Corps, Daniel Adigun, confirmed that two lives were lost in the robbery.