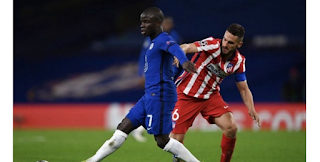 Chelsea won fairly easily against Atletico Madrid tonight, and in large part they could thank N’Golo Kante for that.

The midfielder went from end to end for 90 minutes, and as the Blues got the match-sealing goal in the 94th it was Kante who was racing faster than anyone else to make it to the opposition penalty area.

It was a moment that encapsulated 90 minutes of pure, pure brilliance. In every phase of the game he was astonishing, and one could see the belief drain from the Atletico players as attack after attack ended at the Frenchman’s feet.

We will need him at his vey best again if we’re going to keep progressing. Let’s hope we can give him a rest sooner rather than later.

One summed up everyone’s feelings by calling him an “unbelievable footballer,” and it would have been easy to go a lot further than that.

You can see a selection of the reaction here: 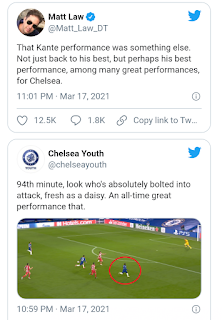 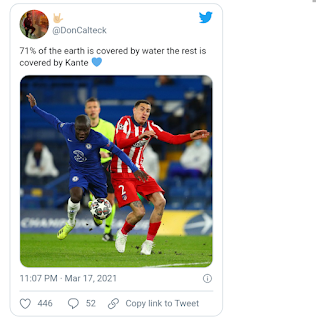 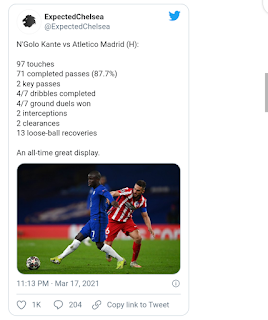