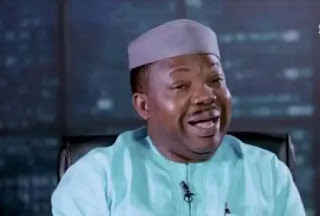 Yinka Odumakin was never an Abobaku.

Despite his unexpected voyage from his Marxist - Leninist background into the rotten bourgeois politics controlled mainly  by political bandits and power hoodlums, Yinka  picked his loyalty and his battle based on his conviction and never waited for any slave master's voice to dictate his thoughts before he declared his stand on any issue and his next political move. With this rare trait, Yinka refused to be an Abobaku

Yinka was not perfect but was very courageous to always take a position on any issue and stoutly defend it notwithstanding whose ox is gored. He may be with you today and be against you tomorrow based on his conviction that you had veered  from those ideals that made you to become  political associates that were not in a  master - slave relationship.

His brilliance, boldness, sharpness, and organizational ability endeared him to many political leaders and organizations, and hence became their star boy and public face.

Yinka was a prolific writer, a polemist. a rigorous social commentator with a sharp pen and razor tongue who spared no one in the unending contest of ideas, characters and issues. This attribute he developed greatly when we were together in the Leninist - Marxist Students'  Movement in the 80s in Great Ife Students' union where he eventually became the PRO at a very young age.

Adeola Soetan on the legendary Yinka Odumakin. Continue to Rest In Peace Comrade