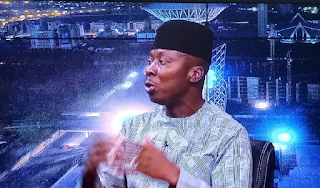 "Like other Nigerians became Nigerians by treaties and laws, the people of the then Northern Cameroon all are bonafide Nigerians by combination of treaty, plebiscite and law.

"They are citizens, can contest, can vote and can be voted for in the Federal Republic of Nigeria, by the virtue of the following grounds:

"1. Northern Cameroon becoming Mandate and later, Trust Territory of Britain as a result of the Versailles Treaty of 1919 that divided the territory between France and Britain in 1920 and final boundary in 1922;

Constitution of Federal Republic of Nigeria (as amended)

"So, saying Atiku is not a Nigerian is not only incorrect but an afront on the above mentioned grounds"

- Akinloye NG, a Legislative Expert and Public Affairs Commentator on the Attorney General of the Federation's affidavit seeking Atiku Abubakar's disqualification from 2023 presidential race on the ground of not being a Nigerian by birth.