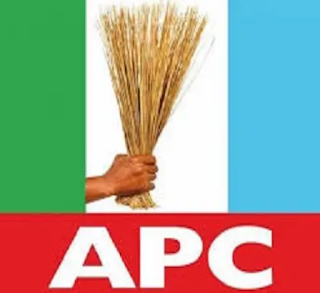 Some stalwarts of the All Progressives Congress (APC) in Oyo State have identified unity, peace, discipline, increased youths and women involvement as crucial for the party’s success in the 2023 general election.

Giving his remarks, Sarafadeen Alli, who is the Ekefa Balogun of Ibadan land, stressed the need for unity and peace was imperative for the progress of the APC.

Moving ahead, Alli emphasized that the APC must have social security programmes as a core part of its manifesto in 2023.

To stem hooliganism, criminality in the country, he added that the APC must continue to promote programmes that will guarantee jobs for the youth.

On his part, the former Minister of Communications, Adebayo Shittu, stressed the need for the APC to ensure that states align their manifesto with that at the federal level.

Shittu added that the APC constitution must be such that it enforces discipline on all members.

He stressed that political parties must redefine their purpose while adding that the Independent National Electoral Commission (INEC) must have its act amended so that it is empowered to demand formulation of manifestoes by parties.

In her own input, Oyo APC Women Leader, Mabel Williams demanded that the party allow women to vie and occupy 30 percent of elective positions.

She noted that women were no more keen on the usual cheerleaders’ roles but should be supported by the party leadership to vie for either executive or legislative positions.

Williams demanded that the party leadership allow women to get forms to contest for elective positions for free.

Speaking, Mrs Florence Ajimobi argued that the APC holds the hope for better Nigeria and should be supported by Nigerians.

Ahead the 2023 election, Prince Gbade Lana held that the Nigerians must seek to know the antecedents, background, contributions of people to their communities before voting for them.

Speaking, Youth Leader, Oyo APC, Mr Isiaka Areokuta stressed the need for members of the party, especially in Oyo State, to love one another for the party to reclaim governorship of the state.

He noted that both youths, women and adults had crucial roles to play in the development of the APC and should support one another for the attainment of collective goals.

In her brief remarks, Oyo Assembly aspirant in the 2023 elections, Aderonke Dairo stressed the need for youths and women to be united, peaceful, orderly and contest to claim leadership positions in the country.