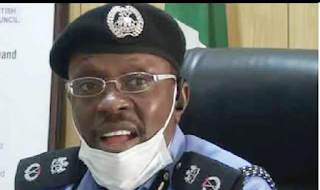 The Police in Adamawa State on Saturday said an Assistant Superintendent of Police, Ibrahim Abdullahi, lost his life during a mob attack which left three other cops with varying degrees of injury while trying to arrest the leader of a criminal gang.

According to a statement by the spokesperson for the police in the state, DSP Sulaiman Nguroje, the incident took place between 12pm and 1am on Saturday in Lafiya, Lamurde Local Government Area of the state.

The statement noted that the mob numbering about 60 attacked the police trying to arrest a suspect involved in a case of conspiracy and theft.

The statement noted, “On April 24, 2021, between the hours of 12am and 1am, the command’s operatives attached to Numan Division while in Lafiya to effect arrest of a criminal involved in a case of conspiracy and theft that is under investigation were attacked by hoodlums numbering about 60 armed with dangerous weapons.

“Following the attack, one officer, an Assistant Superintendent of Police, Ibrahim Abdullahi, paid the supreme price while three others sustained varying degrees of injury. The Commissioner of Police, Aliyu Adamu, commiserates with the family and friends of the deceased officer.

“He warned that consequences awaits any person or group of persons who, under whatever guise, engage in an unwarranted attack on any police officer and directs all command DPOs, HODs and operational commanders to employ legally permissible measures to protect lives and property.’’