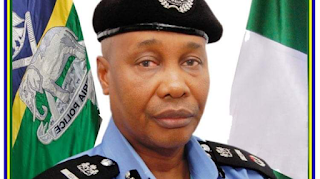 Acting Inspector-General of Police, Alkali Baba, has ordered the immediate disbandment of the IGP Monitoring Satellite Offices in Lagos and Port Harcourt over complaints of harassment and operating beyond their briefs by Nigerians.

Speaking at his maiden meeting with Command Police Commissioners and zonal AIGs, in Abuja on Thursday, Baba said the IGP Monitoring Units will be re-organised.

The development is coming 24 hours after the Police Service Commission asked the IGP to check the proliferation of police investigating units.

The commission stated that the units were bringing huge embarrassments to the force.

The commission Chairman, Musiliu Smith, said there must be proper and close monitoring of police investigative units to stem the atrocities its officials committed in the line of duty.

The retired IGP had also stressed the need to quickly treat cases of misconduct by the officers “so that those found wanting are brought to book”.