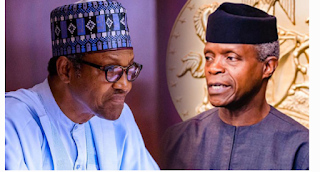 Vice President Yemi Osinbajo, at the inauguration of the software in Abuja on Tuesday, said plagiarism was a form of corruption.

“Let me also say that the government will give all that is needed to ensure that anti-plagiarism measures are instituted across the country,” Mr Osinbajo added.

In 2016, Mr Buhari had part of his speech plagiarised from Mr Obama. Amid public shame, he removed the alleged speechwriter from his team.

But Mr Buhari had also, in his May 2015 inauguration speech, plagiarised from Mr de Gaulle quoted in a book saying, “I am a man who belongs to no one and who belongs to everyone,” while addressing a press conference on May 19, 1958.

According to him, the initiative was part of the core mandates of Mr Buhari’s regime that announced zero tolerance for plagiarism.

Also speaking, the Executive Secretary of the National Universities Commission, Abubakar Rasheed, emphasised the need to institutionalise an anti-plagiarism policy in all higher institutions.

Mr Rasheed said, “Having the software is one aspect of the battle against plagiarism. Universities must take concrete steps to institutionalise an anti-plagiarism policy that forbids all aspects of intellectual theft.

“For so long, the issues of plagiarism amongst others such as copyrights as well as abuses of infringements have robbed our universities the much-desired integrity.”