Buhari to face impeachment over insecurity: Lawmaker - The Naija Weekly 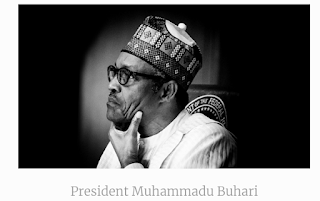 A member of the Federal House of Representatives has warned lawmakers would call for the impeachment of President Muhammadu Buhari if insecurity in Nigeria persists.

Dachung Bagos, representing Jos South East, on the platform of the Peoples Democratic Party, issued the warning on Thursday during an interview with Channels TV.

Bagos was reacting to Wednesday’s House of Representatives’ inauguration of a 40-man committee that will hold a four-day security summit in May to address the nation’s worsening insecurity.

The lawmaker warned that if resolutions arrived at the summit were not implemented, “we’ll call for the resignation of the president.”

He added, “We have the power to impeach the president that he cannot do this; he can no longer secure lives and properties of Nigerians.

“This is just like the last resort, and we are taking it very seriously. We can assure Nigerians that with the resolutions that will come out of this summit, if the executive did not take the summit very seriously, then definitely, the National Assembly with hit the gravel.”

Expressing worry over the recent takeover of Shiroro by Boko Haram, he stated that “these people are capturing infrastructure,” as he wondered why the government could not be strategic in dealing with the insecurity in the country.

The country is plagued by wanton violence, especially kidnapping and killings of schoolchildren, abducting and raping women, both young and old.

Recently, the Chandler Good Government Index, released for the first time, placed Nigeria as the third-worst governed country in the world.

The report noted that the ability to handle corruption properly is the strongest indicator of good governance. Thus the CGGI ranked Nigeria 102 out of 104 countries with a score of 0.319 points, ahead of Zimbabwe and Venezuela.

The country is also facing unprecedented terror attacks across its 36 states.

The index launched on Monday in Singapore and is collated on a scale of 0 to 1.