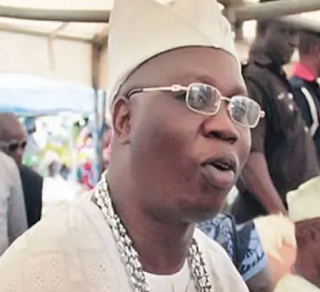 Aare Ona Kakanfo of Yoruba land, Iba Gani Adams, has debunked the claim made by Zamfara State governor, Bello Mohammed Matawalle, that Northerners were being killed in the Southern part of the country and the practice should stop to prevent a reprisal attack in the North.

He described the statement by Matawalle as unfortunate and inflammatory, even as he urged Northern leaders to call the governor to order that he should not use the issue of ethnicity to play politics.

Iba Adams said this while speaking with the Nigerian Tribune in reaction to Matawalle’s statement, maintaining that at no time did people of South-West engage in attacking Northerners in the zone.

According to the Yoruba generalissimo, who spoke on the telephone, Northerners that are doing their legitimate businesses are free to run their businesses in the South-West, without any form of attack, asserting that nobody would attack any person that is not a criminal in Yoruba land.

He pointed out that criminals were not even attacked in the zone as they were being handed over to the police, wondering how Governor Matawalle came about his own information.

“So I am speaking on behalf of the South-West, the Yoruba people have never attacked the Northerners who are doing their lawful and legitimate business, and I don’t think anybody that is matured as a governor can make that kind of statement. So the Northern leaders should call the governor to order that he should not use the issue of ethnicity to play politics,” he added.

Iba Adams, while further describing Matawalle’s statement as unfortunate, further warned the governor to desist from using the issue of ethnicity to pacify the ruling All Progressives Congress (APC) where he wanted to decamp to.

Adams counselled that Matawalle should calmly walk into APC and should not overheat the polity just because he wanted to be given leeway in 2023, adding: “I wonder  how our politicians will play politics to destroy this country.

“It’s unfortunate that the statement is coming from that governor. He should not use the issue of ethnicity to pacify the ruling party he wants to decamp to.

This was just as he recalled sadly that the rest of the country had been asking for the way forward and seeking a political solution to this country’s problems, which he said Northern leaders had refused but had rather continued to overheat the polity on daily basis with inflammatory statements.

“We have been asking for a way forward, the political solution to this county’s problems, they refused. And every day, they try to overheat our polity and it is unfortunate that inflammatory statements are coming from the Northern leaders.

“Three days ago, Dambazzau (Interior Minister) was categorizing OPC and IPOB and equating them as Boko Haram. And now a sitting governor is making that kind of statement.

“Though we have responded to Dambazzau’s statement through the publicity secretary of OPC, notwithstanding, I think the Northern elders should call some of them to order that they should watch their statements so that they wouldn’t ignite fire on this country,” Adams said.

Adams, however, urged Governor Matawalle to take a cue from the Northern leaders on Arewa Consultative Forum (ACF) and Northern Elders Forum (NEF) platforms who he said held a meeting recently in Kaduna and proffered what he termed “a minor solution as a way forward for Nigeria.”