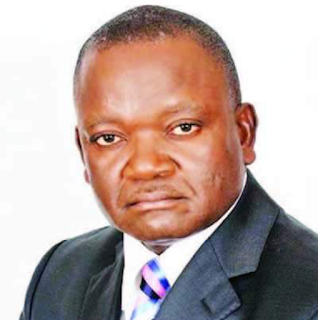 The Governor of Benue State, Samuel Orton, has advised the Federal Government to embrace ranching  if it is genuinely interested in tackling insecurity.

Ortom stated this on Thursday at a lecture organised by the Correspondent Chapel of the Nigeria Union of Journalists, FCT Council.

He spoke on the topic, “Insecurity in Nigeria: Restoring peace, unity and progress.”

The governor insisted that the major cause of banditry, kidnapping, and other forms of criminality in Nigeria was because the Federal Government took no step to end open grazing.

He also accused the regime of the President, Major General Muhammadu Buhari (retd.), of encouraging the herdsmen menace by canvassing the Ruga system instead of advocating the modern system of livestock management.

Ortom said, “The Federal Government should immediately implement the National Livestock Transformation Plan, in line with the recommendation of the National Economic Council.

“Consequently, all funds released for the implementation of the RUGA policy should be recovered and rechanneled towards NLTP implementation.

He also canvassed the abolition of the Open Visa policy and asked the Federal Government to direct relevant security agencies to ensure full compliance with the ECOWAS Protocol on Transhumance.

He said, “The Federal Government should immediately pay compensation to families of persons killed and whose property have been destroyed by armed Fulani herdsmen in various communities across the country.

“ he Federal Government should order the arrest and prosecution of the leadership of Miyetti Allah Kautal Hore and other Fulani Socio-cultural groups who have consistently admitted to the wanton killings and destruction of communities across the country.”

He also appealed to the Federal Government to support the resettlement and rehabilitation of Internally Displaced Persons as a result of herdsmen atrocities in all states of the country.

He also said the Federal Government should approve state police as a means of boosting security around their people.

The Chairman of the occasion, who is representing Borno South Senatorial District in the National Assembly, Senator Ali Ndume, said the issue of insecurity and terrorism in Nigeria was caused by political leaders.

Ndume said, “We need leadership in Nigeria. We are more divided than ever before while the government is spending money on security that is not guaranteed.”

He lamented that his constituents had been chased to Niger Republic, a poor country where over 120,000 had been taking refuge in the last six years.