CBN freezes another 194 accounts of firms, BDCs, others - The Naija Weekly

CBN freezes another 194 accounts of firms, BDCs, others 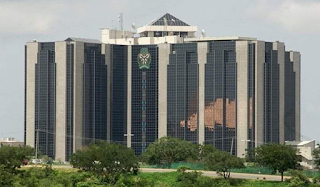 The Central Bank of Nigeria on Thursday said it got orders from the Federal High Court, Abuja division, to freeze 194 bank accounts belonging to firms and Bureaux de Change to enable it to conduct investigations into suspicious activities.

It disclosed this on Thursday in three separate documents on its website.

In one of the documents, the CBN said it got an order to freeze 60 bank accounts of Bluebeam Capital Limited.

The accounts were domiciled in 13 different banks, the CBN as the plaintiff stated.

Bluebeam, as the respondent had eight accounts each in Access Bank and Keystone Bank; seven each in First Bank and Ecobank; five each in UBA and GTBank; four each in Fidelity Bank, FCMB and Sterling Bank; three accounts in Polaris Bank; two each in Wema Bank and Heritage Bank; and one in Providus Bank.

In another document, the CBN said it got an order to freeze 84 accounts in 17 banks.

The third documents revealed that the banking regulator had the court order to freeze 50 accounts domiciled in different banks.

The motions exparte which were signed on different dates sought the orders of the court to direct the banks to freeze all other bank accounts of the defendants for a period of 180 days, pending the outcome of investigation and inquiry being conducted by the CBN.

In the document signed by the Presiding Judge, A.R. Mohammed, the court empowered the CBN to direct the banks to freeze all the bank accounts for a period of 45 days only, pending the outcome of investigation.

It added that the order may be extended upon good reasons shown.

Any person aggrieved by this order could apply to the court to have the order set aside, discharged or have the order reviewed upon good reasons without waiting for the 45 days to lapse, the document stated.

The CBN on Wednesday disclosed it got an order to freeze 11 bank accounts to enable it conduct investigations into suspicious activities.